Didn't have much time today for a hike so had to do one close to home that is quick. I hadn't been to this mountain in a while and the trail was a bit overgrown. Started at the Tuxedo-Mount Ivy Trailhead off Diltzes Road, and followed the trail for just a short while by the Power Lines. As the trail veered off the Power Lines, took the unmarked (and slightly overgrown) Limekiln Mountain Trail up the mountain. The trail had been so overgrown that I had accidentally lost the trail and instead continued up the side of the mountain by the fork where the trail goes up the mountain. I veered on the wrong fork and this trail just ends about halfway up the mountain. So I had to bushwack the rest of the way to the top. At the top headed towards the north side of the Mountain towards the File Factory Hollow Lookout, and then headed west up to the top where the main lookout is and where the real trail ends. This mountain affords one of the best views in the entire park! Took some pictures and then headed down the trail. At the point where I veered the wrong way, I built a cairn and put a log around the false trail so that others don't make the same mistake that I did.

Looking up towards the summit.
From point where I veered off trail. 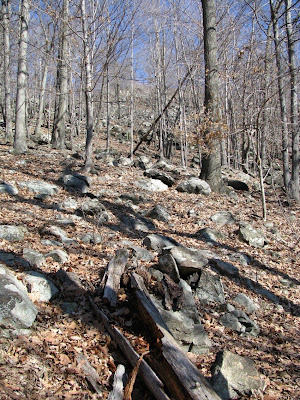 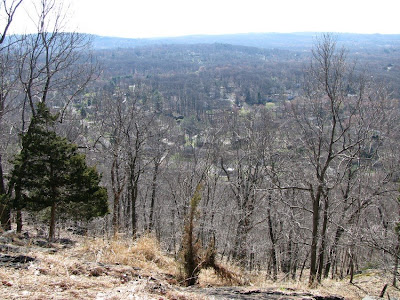 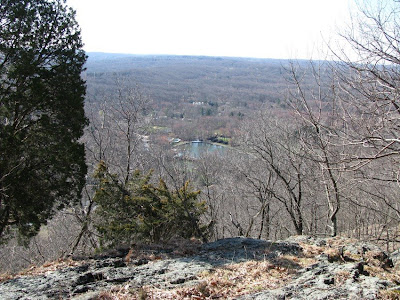 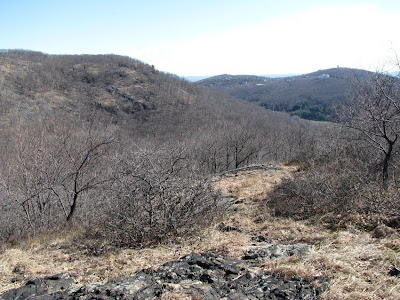 Looking west. A better view of Cheescote Mnt.
And the Hudson R. is viewable to the right. 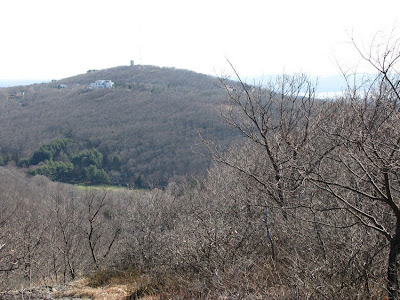 From the summit lookout.
Facing south towards Monsey. 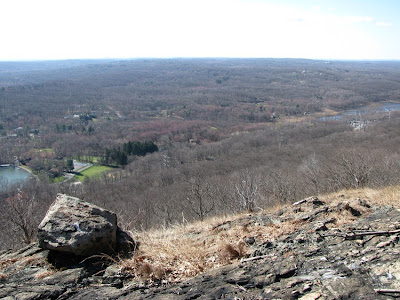 Facing South from the lookout.
Power lines and Swamp by Mahwah River. 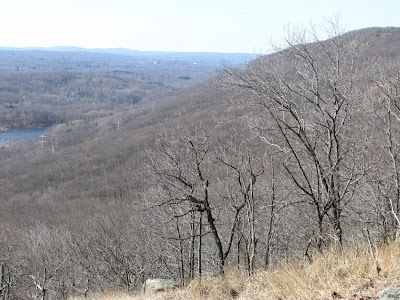 Me at the rock at the lookout. 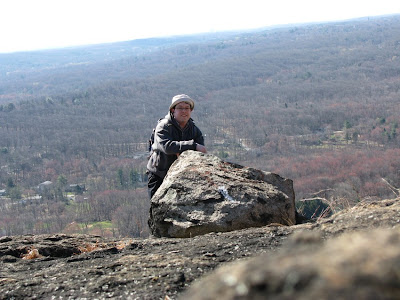