I was contemplating whether to go hiking or not - the forecast had called for rain and it was cold - and there is nothing worse then hiking in a cold rain. At least if its snowing its pretty and dry. I decided to brave it, and the rain held out until after I had finished the hike. Parked at the Anthony Wayne Rec Area, in the northern end of this enormous parking lot, and took the Anthony Wayne Trail west across the Palisades Parkway and up the hill the 1779 Trail. Made a left on the 1779 and headed south along this long straight stretch, up until the intersection of the AT and R-D Trail. These two trails are combined together for this strech. Headed west up the AT/R-D to the summit of Black Mountain, and scrambled up the steep rigde to the top summit viewpoint. This mountain affords an exceptional viewpoint. Bushwacked to the Spanish Mine, and then headed back down the same route of the AT/R-D, continuing past the 1779, and then across the Palisades Parkway. There is no overpass here so one has to run across the busy highway on foot. Continued along the AT until the Anthony Wayne Bike Path, and then headed north to Anthony Wayne and back to the car. 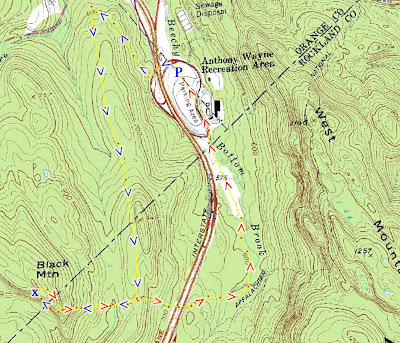 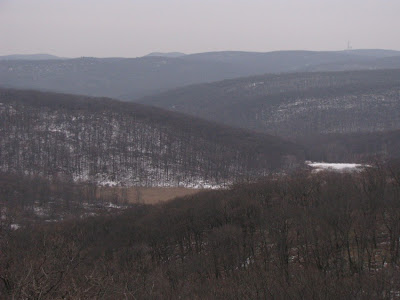 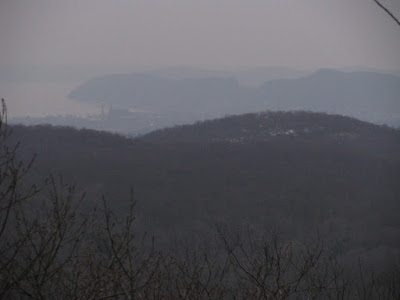 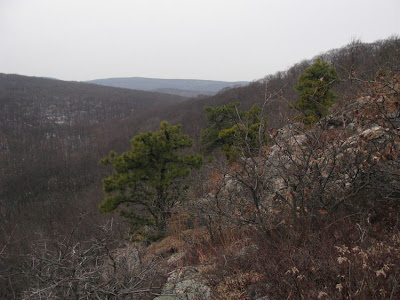 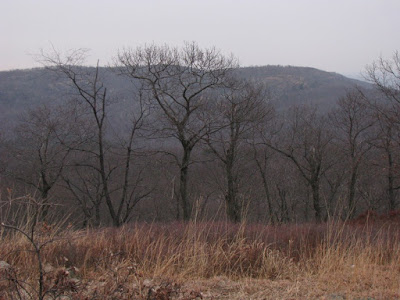 View looking north, zoomed to Bear Mnt.
In the center is the Beat Mnt Tower 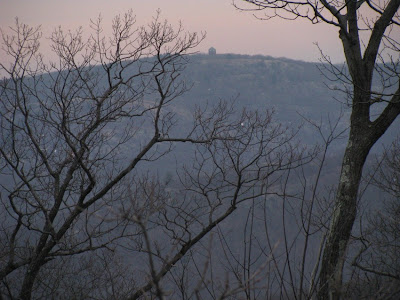 The Spanish Mine near Black Mountain summit.
This is one of two pits, and the dump
is visible behind the hole. 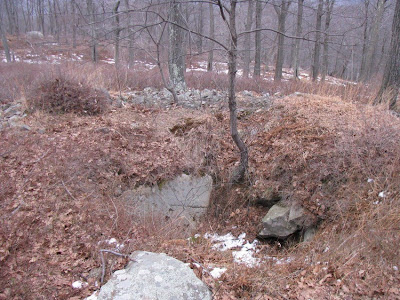 The Appalachian and Ramapo Dunderberg Trails
crossing the Palisades Parkway 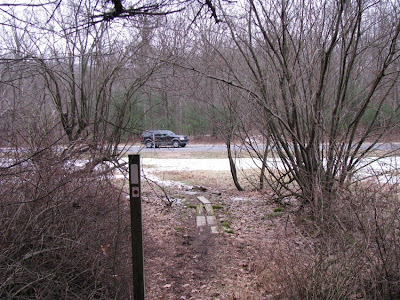