My office is located near Ramapo Valley Reservation, and I had gone on a short walk there during lunch, and was surprised to see the kiosk at the trail entrance describing the entire rerouting of the trail system in this park. These changes went into effect in August 2016, and overall I am very happy with the changes.

The focus of the changes was to produce a trail that covers the main areas of interest in the area. The Vista Trail is the trail that does this. It covers Hawk Rock, Cactus Ledge, Ridge Trail spur view, and Macmillan Reservoir view.

We parked at the large parking lot, and took the trail crossing the Ramapo River and along the side of the Scarlet Oak Reservoir. This trail used to be the Silver Trail - which now routed around the lake. The trail heads north after the lake, and then climbs up the mountain towards Hawk Rock. This trail used to be the Halifax Trail, but this is now the Vista Loop Trail. We went Vista Rock, and after that view, the trail now detours in a U towards another rocky view that contains native cactus growing on the outcrops. The trail then splits with the Halifax Trail which now starts here instead.

We continued along this newly cleared trail which cuts along the side of the mountain until meeting up with the White Trail. The White Trail now ends at the Vista Loop Trail, and then meets up and concurs with the Ridge Trail (now called the Ridge Loop.) The trail goes up towards the rocky view at this point, although it surprisingly doesn't actually traverse the view, but a slight spur is required. We then continued along this newly formed trail along the ridge and then heading down towards the MacMillan Reservoir. There is a very scenic rock heading down into the lake here, which  was highlighted by a beautiful colored tree in orange foliage. The trail then goes down towards the dam. This part of the trail used to be the pink-blazed Reservoir Loop Trail, which now starts where it meets by the large rock. 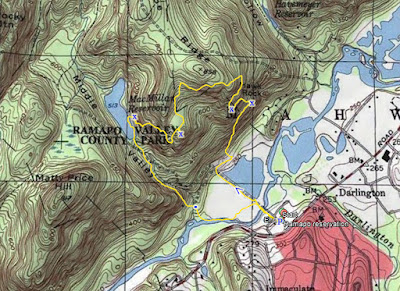 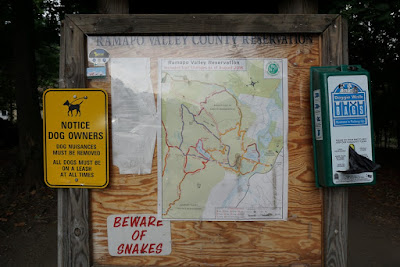 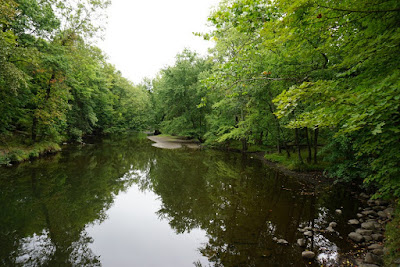 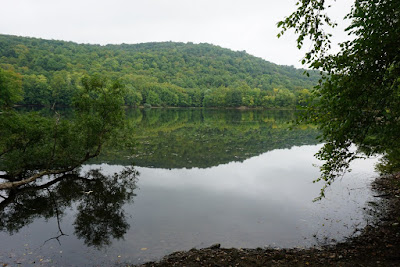 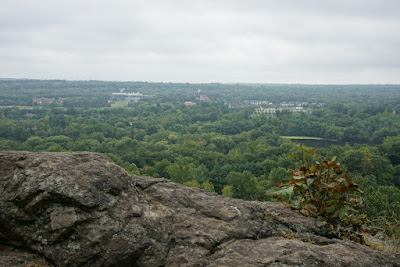 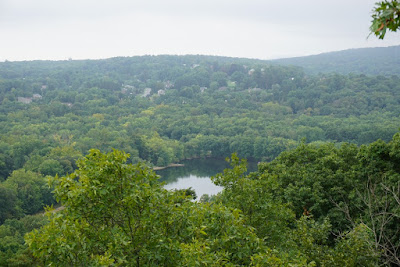 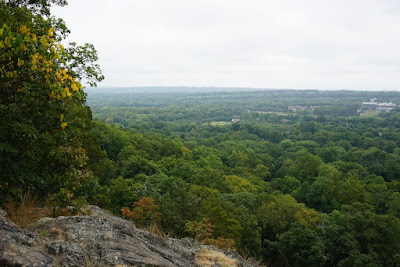 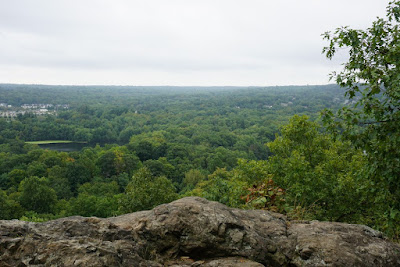 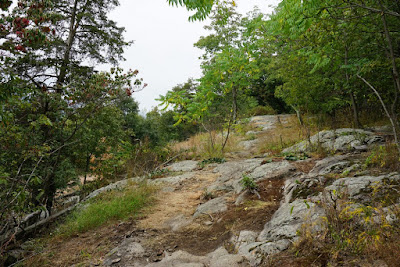 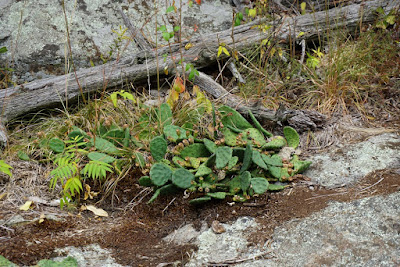 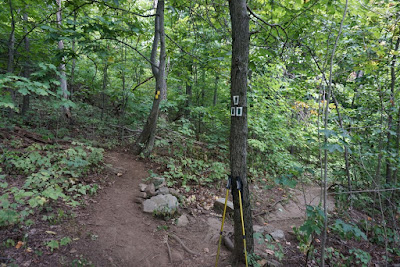 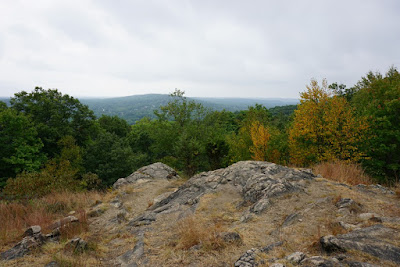 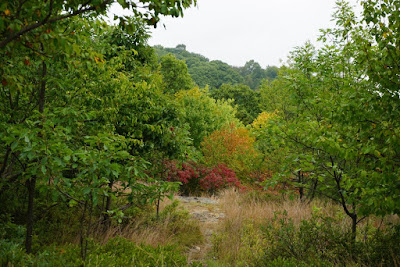 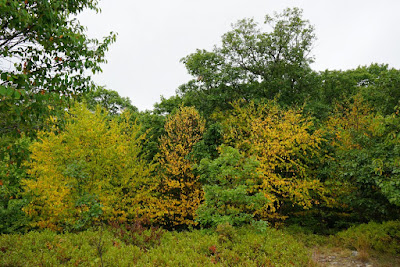 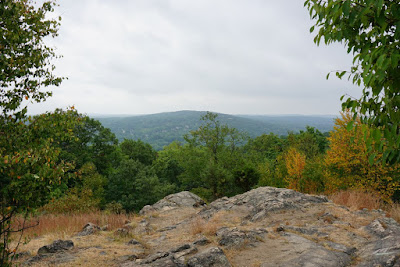 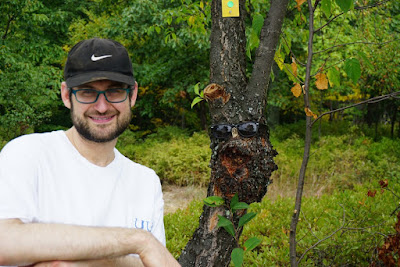 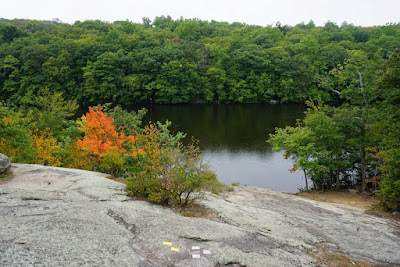 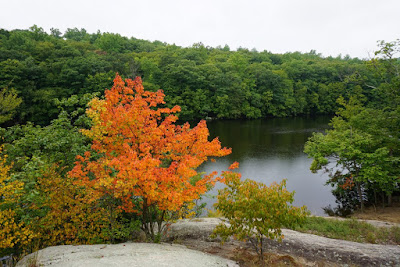 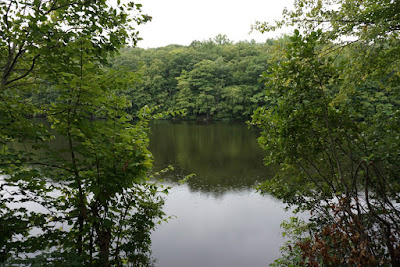 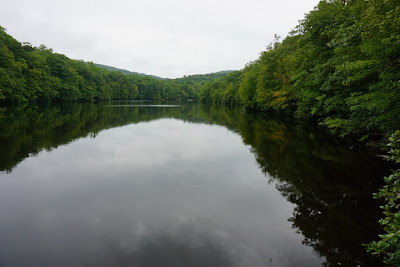