The spring weather was finally kicking in, and it got up to the upper 50's and sunny during the hike. While I have done Cheesecote Mountain many times, I had never done it in its entirety on the Long Path, and decided to take this opportunity. Cheesecote Mountain is an extension of the Ramapo Mountains that is adjacent to Harriman State Park on the other side of the Call Hollow Road Valley. It is independent mountain without merging directly into any other mountains. Much of this mountain is developed, with large homes offering spectacular views of the mountains, the Hudson Valley, and even New York City in the distance. However, the northern part of this mountain is protected as a town park, and contains a small pond, some unmarked trails, and the Long Path traversing it from east to west.

After crossing the bridge, the trail ascends up the eastern flank of Cheesecote Mountain, and eventually ends up by the Cheesecote Pond. There is now a paved road around the pond which is driveable. Along the road we observed what was perhaps the last of the snow of the season, in a shady pocket alongside a steep embankment. We continued along the Long Path and then started descending along the western flank of the mountain, and then went through the veteran's cemetery. After that, the trail meets Call Hollow Road, where we had left the other car. 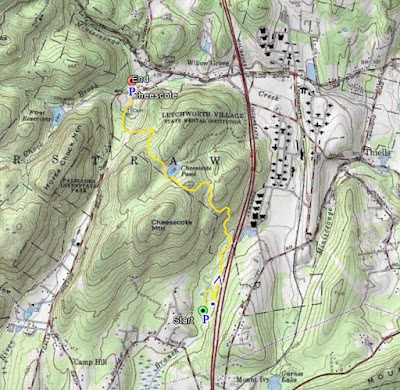 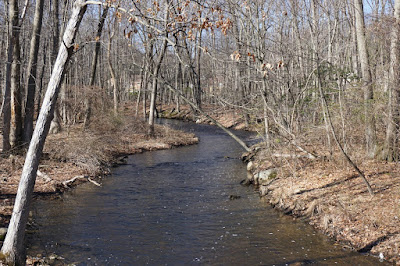 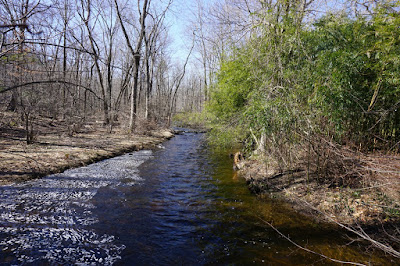 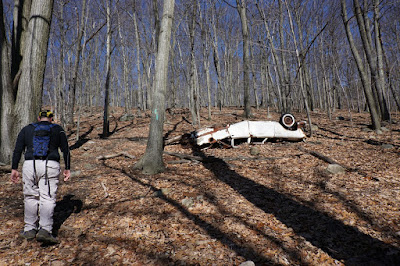 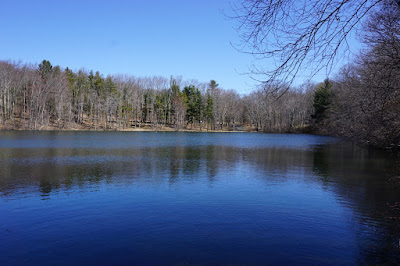 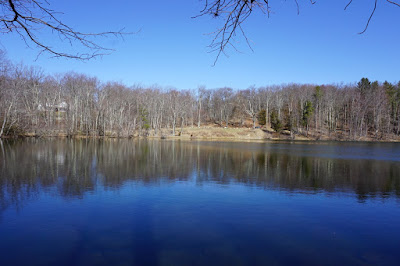 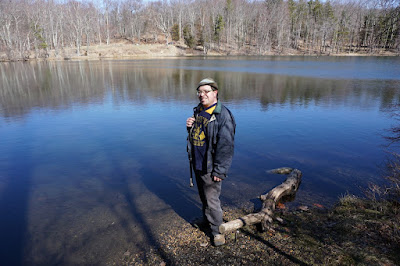 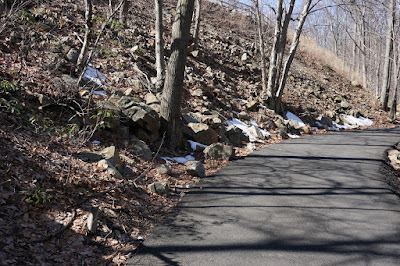