I had was off for the Friday before New Years, which was on a Saturday, and I had an errand to run at the Palisades Center Mall in West Nyack. When I finished I had about half an hour available for a short hike, so I took the opportunity to complete the Upper Nyack Trail, a new trail which connects Hook Mountain to Nyack Beach. I had hiked the new trail back in November, but didn't complete the remainder section connecting the plateau to the Hudson River waterfront. This part of the trail was already there before, but was now officially routed as the Upper Nyack Trail.

I parked at the plateau, and walked on the road down the hill to the Upper Nyack Trail, meandering down to the end at the Nyack Beach Path. I took the Nyack Beach Path for about half a mile along the river, before turning back and going back up to the Upper Nyack Trail, but then I bushwhacked an old steep route up to the plateau, where I returned to my car. 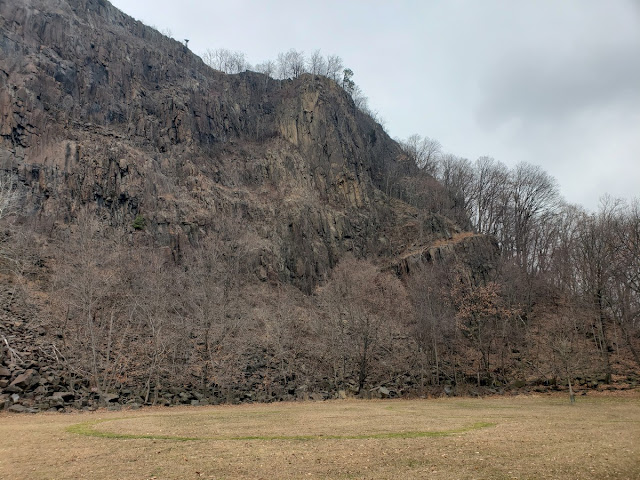 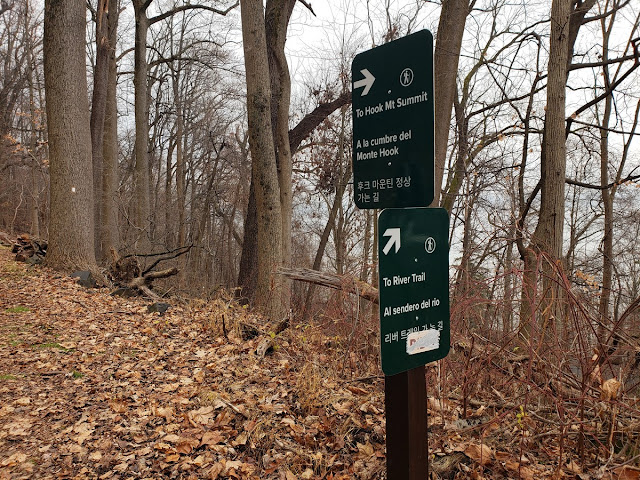 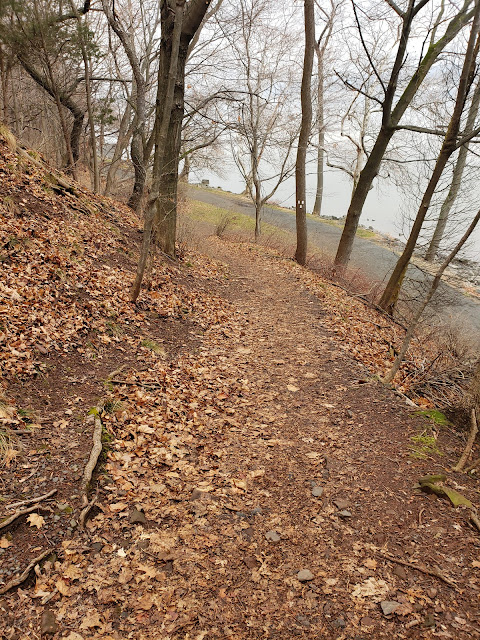 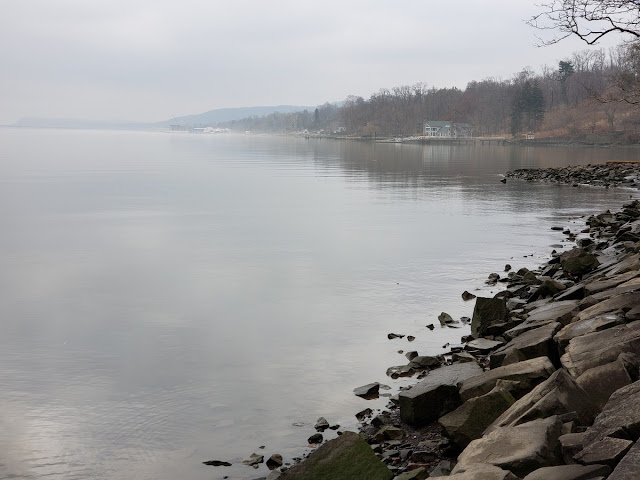 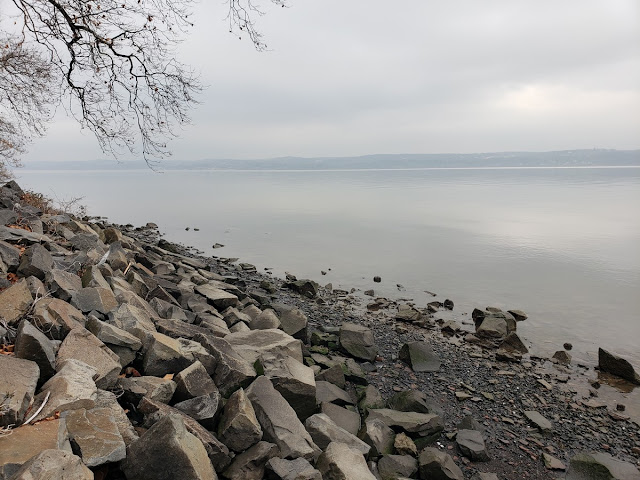 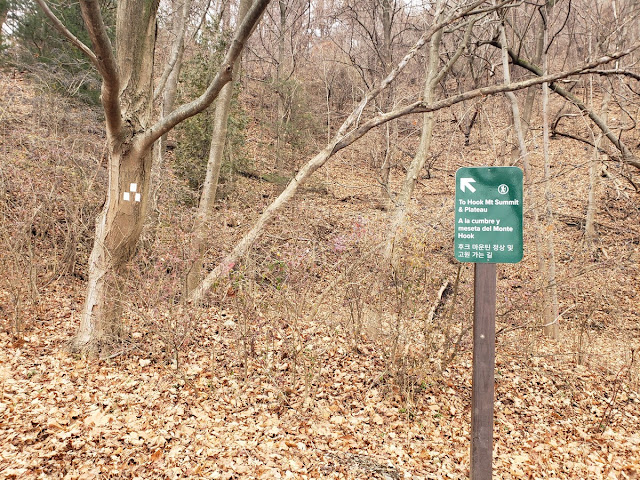 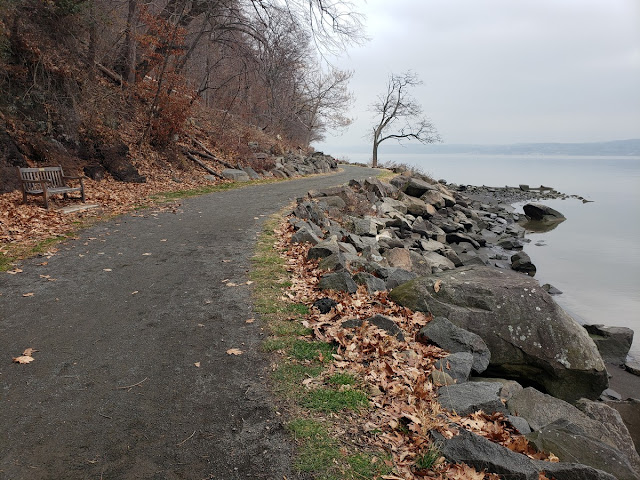 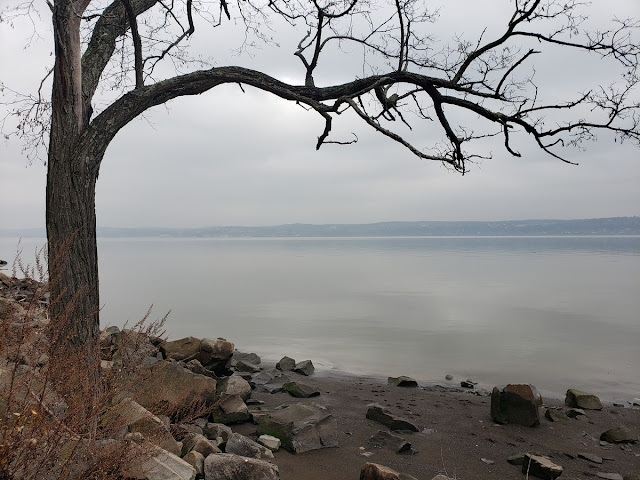 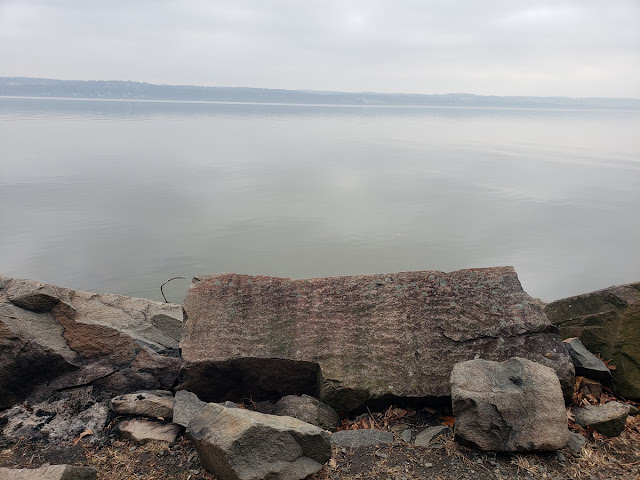