It's been a while since I did a good Harriman hike. I had not been on some of these trails in quite some time, so this hike afforded that opportunity. It was quite cold, considering the weather had been generally much warmer, and we bundled up (although Yehudah was wearing just short sleeves, as he tends to do.)

We parked at the Lake Skanatati parking area, and took the Arden-Surebridge Trail up and over, and then took the Red Cross Trail down and across Seven Lakes Drive. We took a short spur to the scenic peninsula at the north end of Lake Askoti, and continued along the Red Cross Trail to the view facing Hogencamp Mountain, where we had a rare encounter with a Golden Eagle. We continued along the the trail until reaching the unblazed Hasenclever Road.

We took the Hasenclever Road to the Rockhouse Mountain trail. This is an unofficial trail that is marked with a cairn at it's start, as well as read blazes. We took the trail to the end, reaching the Beech Trail, which we took past Kanawauke Road until the Long Path, passing some rock formations along the way. We then took the Long Path back north, crossing Kanawauke Road again, and then taking it to the Lake Askoti dam and then to Lake Skanatati parking where our car was parked. 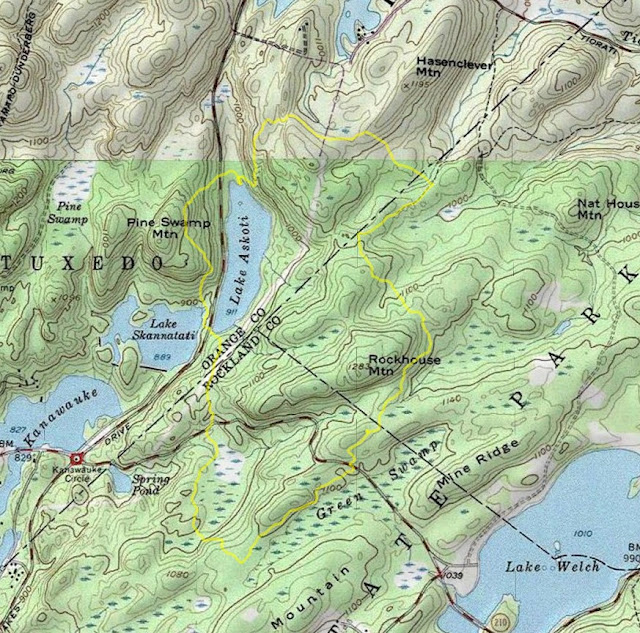 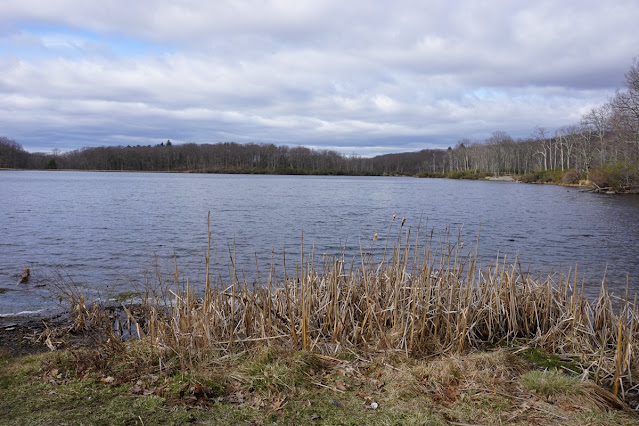 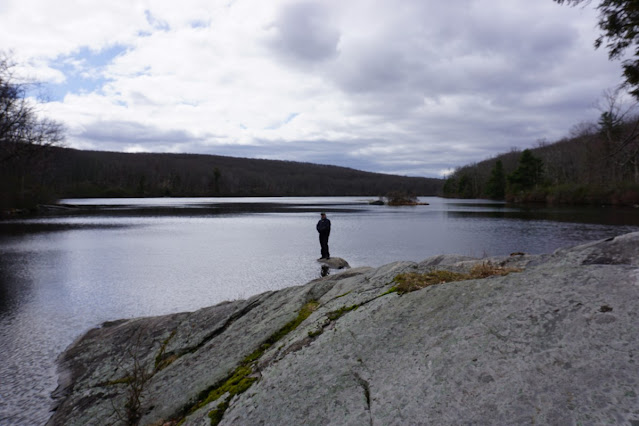 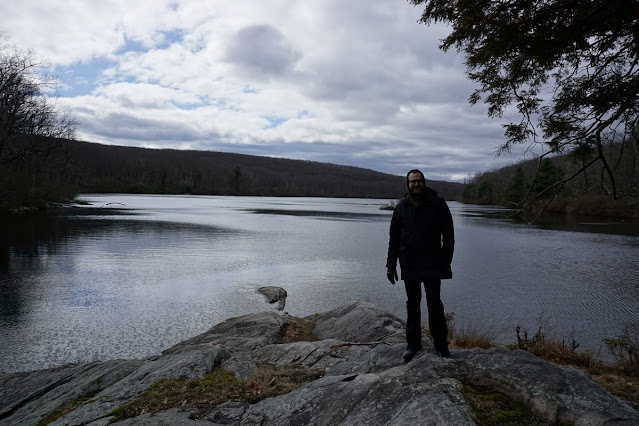 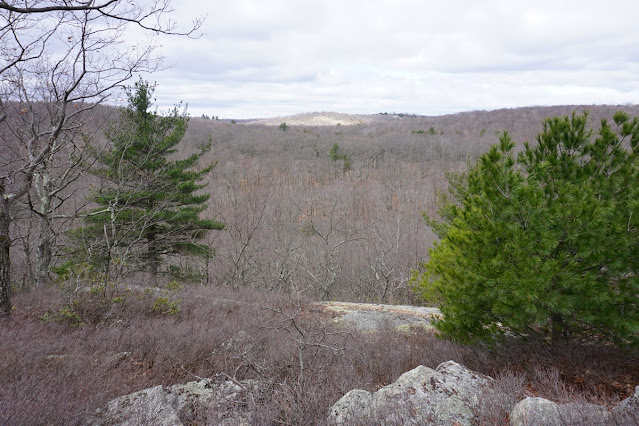 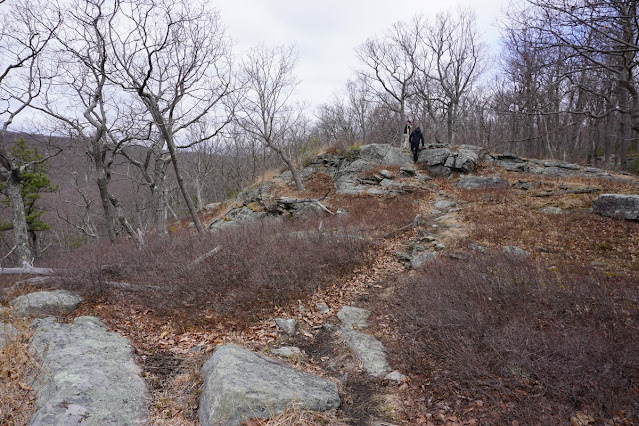 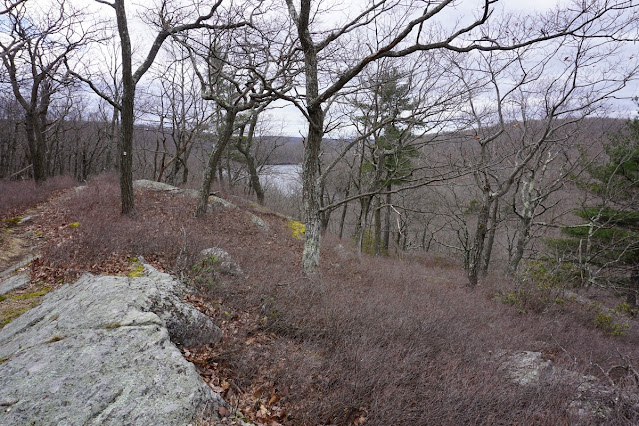 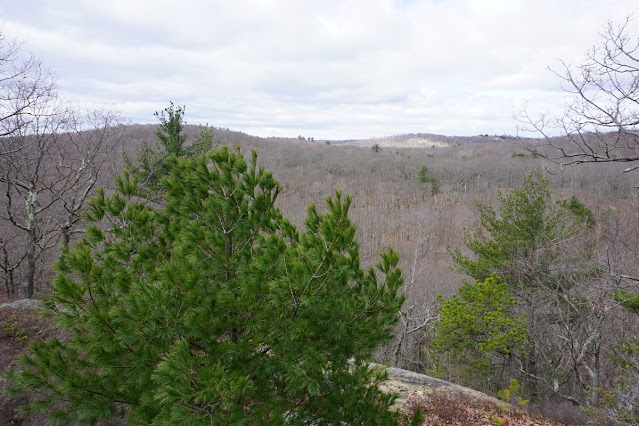 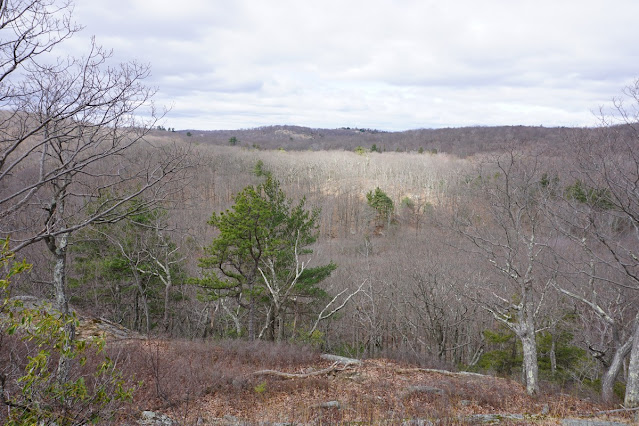 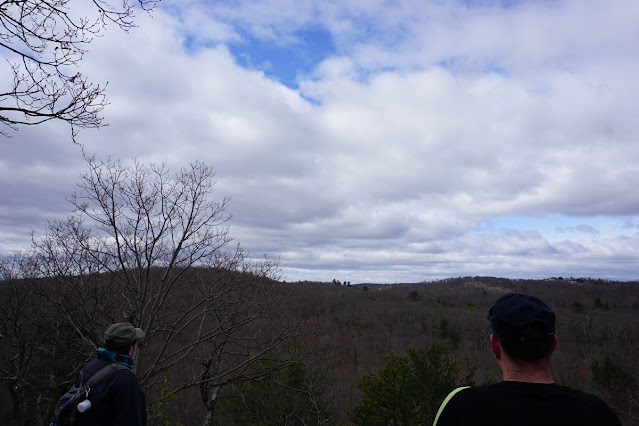 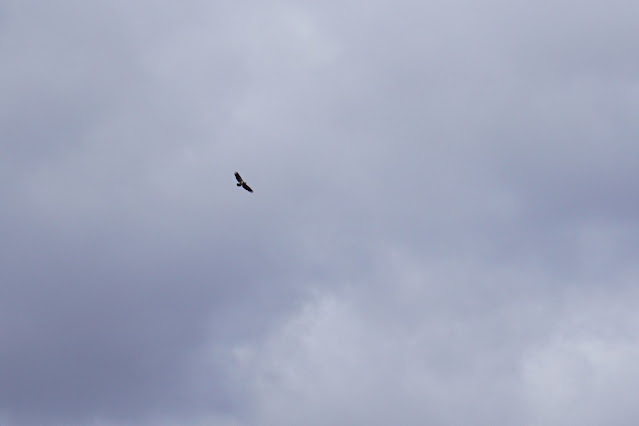 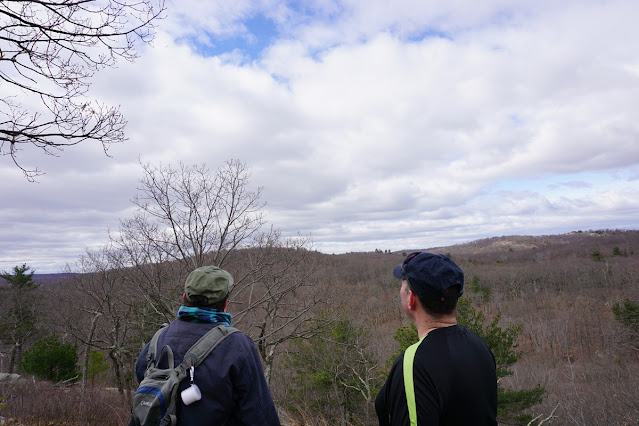 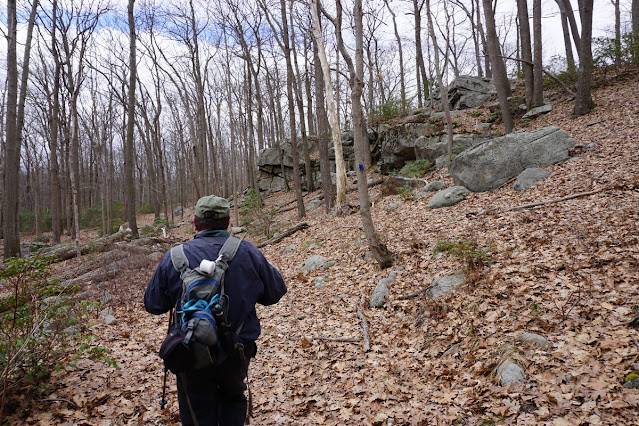 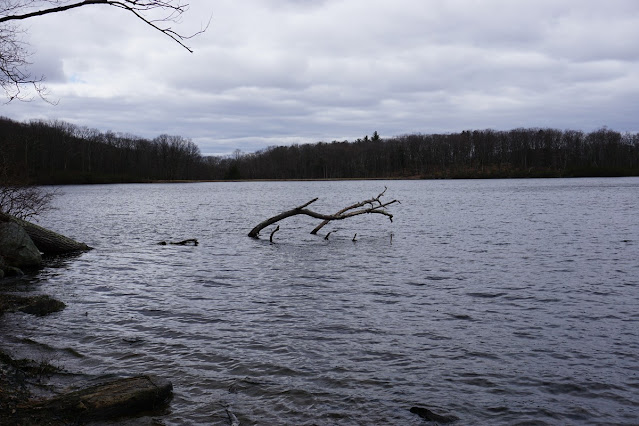