I have been wanting to explore this old iron mine for a while. Harriman State Park has many old abandoned iron mines from the civil war era and older, and most of them are off the beaten path, especially this one. The weather was wet and rainy, and this is the coldest and wettest June I can ever remember. There was hardly a day this month that it did not rain. The trails and paths were extremely muddy and slippery, which made this hike rather challenging.

Parked at the Anthony Wayne Recreation area off the Palisades Parkway. Normally I don't like parking here in the summer because there is a $6 admission charge, but due to the weather there was nobody at the entrance station. Took the Anthony Wayne Trail northwest across the highway until 7 Lakes Drive, where I veered off to the road that leads to the Cranberry Mine. Off the road is this boarded-up old stone house, which I found quite strange. Started heading up the Cranberry Road path, and I found it to be extremely overgrown and had lost it and ended up bushwacking the direction towards the mine. I actually got stuck in what must be called the "Sand Pit" on the Harriman Trail Map, which is a large overgrown meadow with a swampy bottom. I bushwacked thru this as well and eventually found the road again which lead me to the mine.

After finally finding the mine, which has a larger and smaller entrance, I explored the area a bit. Inside the mine is a door that goes into yonder. I was afraid to venture in as I was by myself and lacked a flashlight. After thoroughly exploring the old mine area, bushwacked along the adjacent stream right near the mine down the mountain back towards 7 Lakes Drive, then walked on 7 Lakes Drive back north towards the Anthony Wayne Trail. Along the side of 7 Lakes Drive was the Queensboro Brook, which was extremely bloated and overflowing due to the excessive rains. Took the Anthony Wayne Trail back to the parking area and ended here.

Looking east towards West Mountain
from the Anthony Wayne Trail 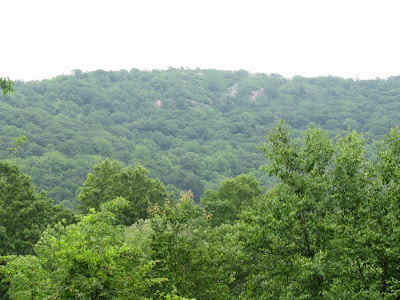 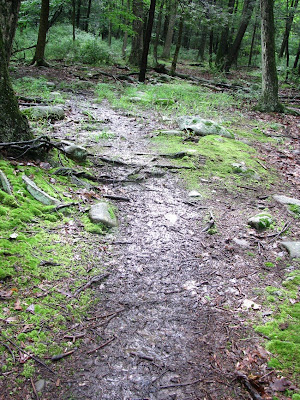 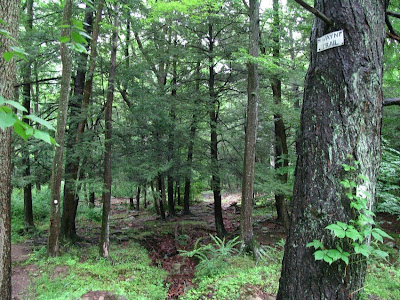 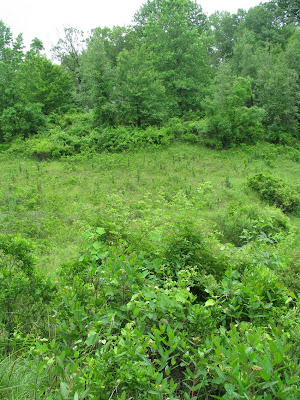 The "road" to the Cranberry Mine, overgrown 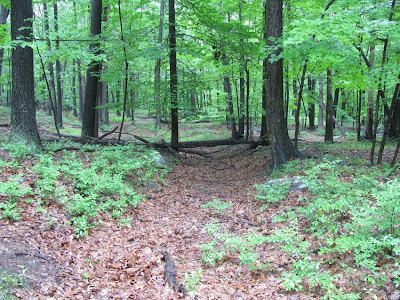 The Destination: Cranberry Mine 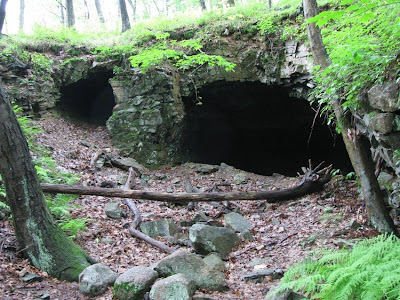 The door inside the mine 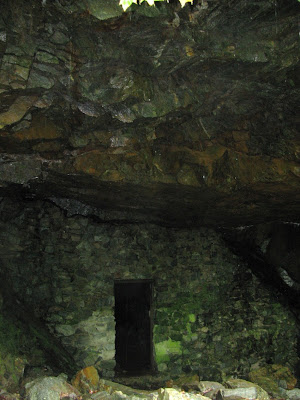 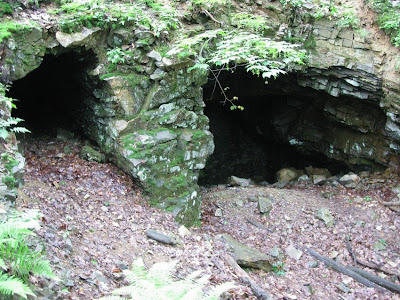 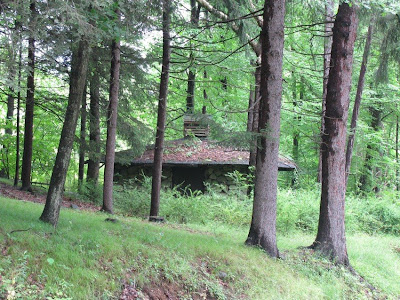 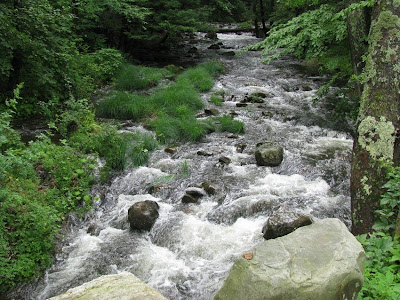