The Timp is a prominent landmark of the Hudson Highlands. Its western end just drops flat down and its summit and the notch in between it and West Mountain can be seen from miles away. There are no roads or trailheads nearby and the closest approach is several miles away. I have done this trail before and remember the time when they rerouted the trail going up to the mountain due to its steep incline over eroded terrain. I had gotten very confused but now am familiar with all the reroutes and the original trail up which still exists (but should be excercised with extreme caution).

There is no parking at the official trailhead, and the closest place to park is several thousand feet down at the corner of Bulsontown and Mott Farm Roads in Stony Point. We parked there and walked up Bulsontown Road to the 1779 trailhead. We then veered right immediately on the woods road at the split at the trailhead, and then shortly thereafter took an overgrown woods road north towards the Red Cross Trail. Took the Red Cross Trail north and uphill towards the Timp Pass, which is a deep notch in between West Mountain and The Timp.

The Timp Pass marks the end of the Red Cross Trail. It ends by the Ramapo Dunderberg (R-D) Trail. Made a right on the R-D trail towards the foot of The Timp. The mountain just bulges up at this point to a sheer cliff.

The R-D Trail used to join with the Timp-Torne (T-T) Trail up a rocky and steep scramble to the summit of the Timp. Due to danger and erosion, it has been re-routed into 2 separate and safer trails. However, I always prefer the more challenging original routes, so we took the old scramble up the mountain to the top of The Timp. One part of this trail over a steep cliff is almost entirely collapsed to erosion, making it very challenging to skirt around.

At the summit lies one of the best views in lower New York - one can see clear to almost all directions. There is a great view of the Hudson River and the Palisades the south (as well as the Manhattan skyline in the faint distance), West Mountain to the west, and Bear Mountain and the Highlands to the north.

From the summit, we headed down the T-T trail back towards the Timp Pass, and headed back the same way, with a slight detour continuing on the Red Cross Trail a bit more toward another woods road and back to the trailhead. 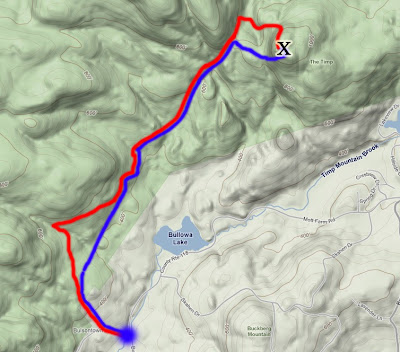 Zev at the plaque at the 1779 Revolutionary Trail 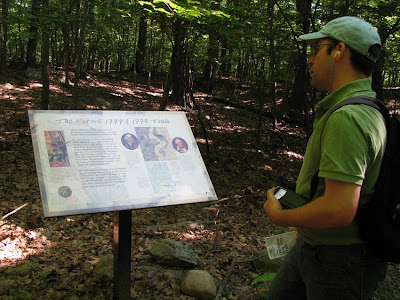 The timp towering above thru the trees 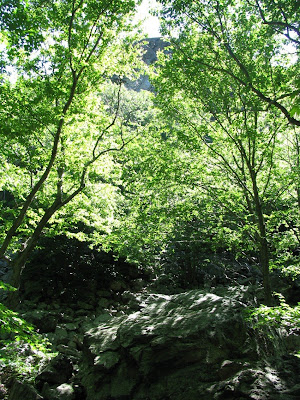 Heavy erosion on the closed trail up The Timp.
The trail once went on this mudslide. 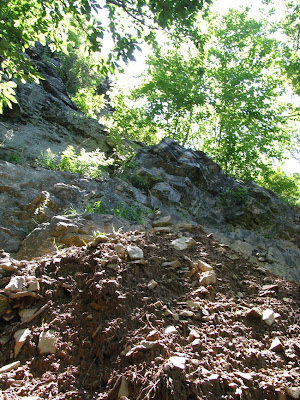 Looking south while ascending The Timp 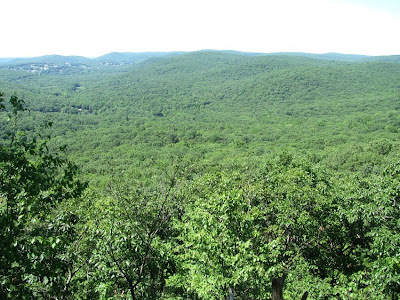 Me on the ascent 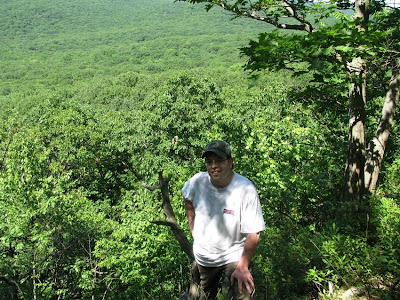 View ascending The Timp.
Facing south towards Haverstraw and the Palisades. 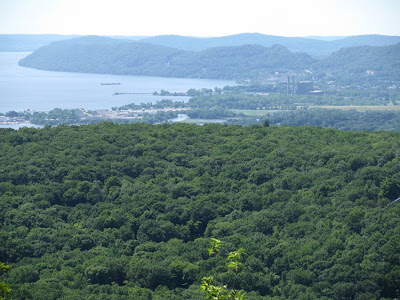 Zev near the ascent 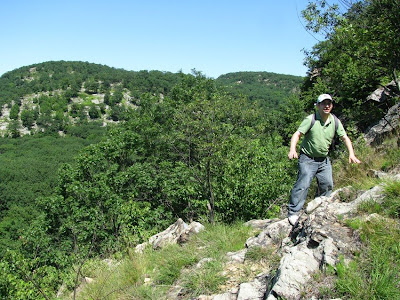 The Manhattan skyline in the far distance.
Artificially zoomed with a telescopic lens. 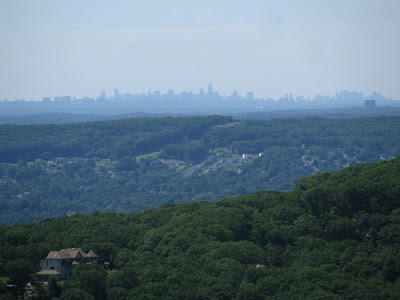 Zev almost at the summit 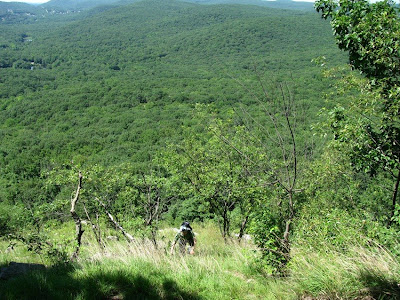 Zev and I at the summit 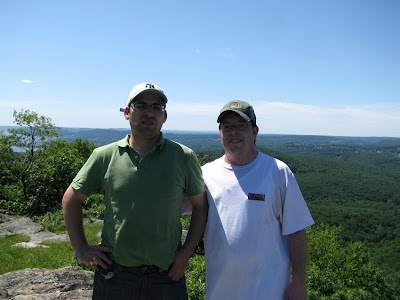 West Mountain from the Summit
looking across the Timp Pass 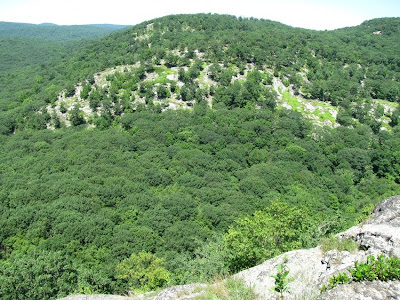 Looking north to the edge of West Mountain
and Bear Mountain 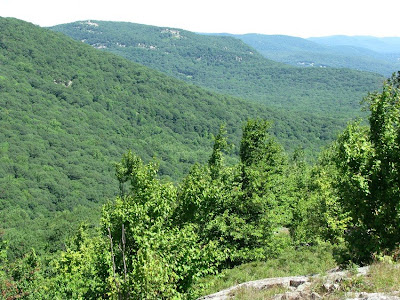 View while descending the T-T trail.
Facing north towards the Hudson and Anthony's Nose.
Bear Mnt Bridge can be seen crossing the river. 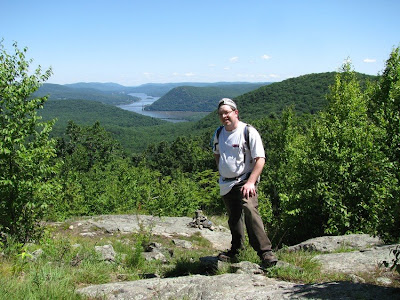 Better zoom of the Hudson River, Anthonys Nose,
and the Bear Mountain Bridge. 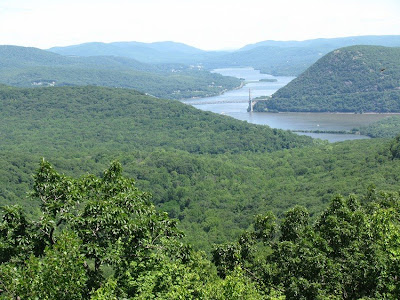