This was our first hike of the year, on New Years which also happened to be Sunday. Though it was seasonably cold for this time of the year, there was no snow at all. We parked at the end of the Anthony Wayne parking area, which surprisingly was open in the winter, and started on the bike trail south the Appalachian Trail. We took the Appalachian Trail up West Mountain, and veered off the trail through the valley to meet up with the Suffern-Bear Mountain Trail. We then took the Suffern-Bear Mountain Trail to the Timp-Torne Trail, to the West Mountain shelter.

This is a busy shelter and people are often encountered here, but being that it was morning on New Years, was very quiet, with only a couple there at the shelter, which were the only other people we saw along the entire hike. We continued down the Timp-Torne Trail to the The Timp valley, went the short distance on the unmarked Timp Pass Trail, and then took the a Ramapo-Dunderberg Trail up the southern slope of the southern portion of West Mountain. This trail has excellent views southward its entire length as it skirts the southernmost portion of West Mountain. We continued along to the Suffern-Bear Mountain Trail, which we climbed down on a difficult scramble down. We then cut across from the Suffern-Bear Mountain Trail back to the Ramapo-Dunderberg Trail, which we took to Beechy Bottom Road. We continued along Beechy Bottom Road for a short distance and then bushwacked down the hill, across the stream, to our car in the parking area. 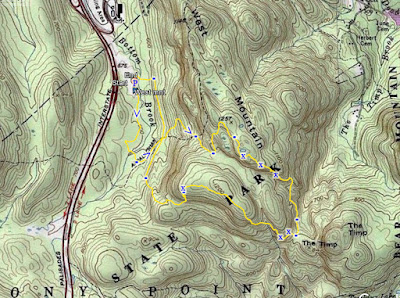 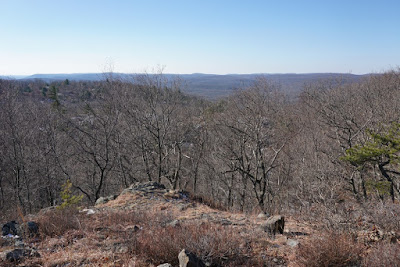 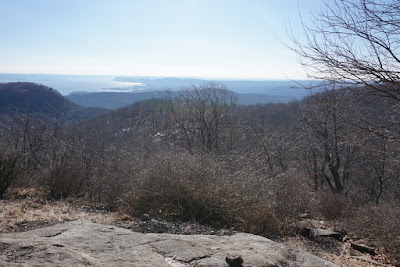 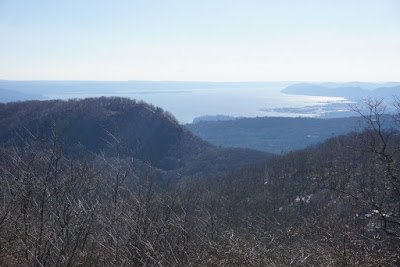 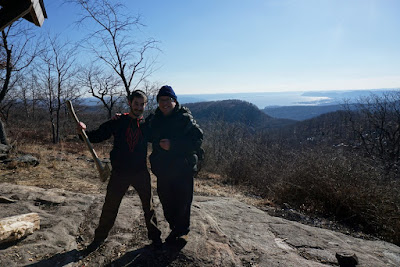 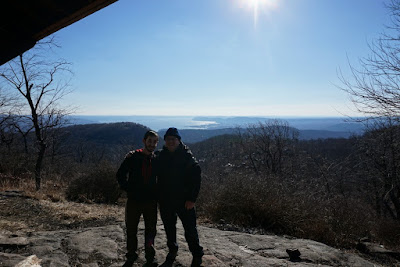 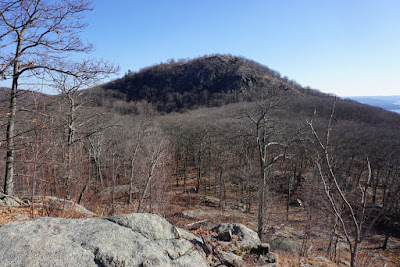 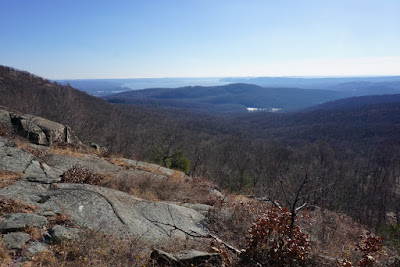