I had just gotten back from a trip to Arizona, and I came back after a significant snowstorm. There was about 8 inches of fresh snow, and then three days later was another snowstorm. The storm started out as snow but changed over to sleet and freezing rain, but up in the mountains where I was hiking, it was all snow, and coming down very hard. I had not expected such harsh conditions, and the hike got increasingly difficult as I progressed, with snow, wind, and poor visibility. This was my first hike using my new snowshoes this season.

I parked at the parking area on Gate Hill Road at the top of the hill, at the Suffern-Bear Mountain Trailhead. I put on my snowshoes and snowgear, and headed up the trail past the ORAK ruins and up to the view near Jackie Jones fire tower. I then headed to the fire tower, which surprisingly had the bottom steps cut off! I presume this is for safety reasons as the steps had been getting very rickety. I just wish they would have repaired the tower rather than closing it off!

At this point I went to take the unmarked trail near the power lines down the mountain to the road near the Lake Welch dam. However, due to snow conditions and poor visibility, I had a hard time finding the way, and had to do a bit of a roundabout bushwack till I got to a more recognizable trail. By the time I got to the road, it was hardly recognizable due to the snow cover. I went to the Lake Welch shore by the dam for a picture, and then went back along the road to my car. The road was completely covered, and I was able to walk along the road with my snowshoes. I did not pass a single car while walking along the road. 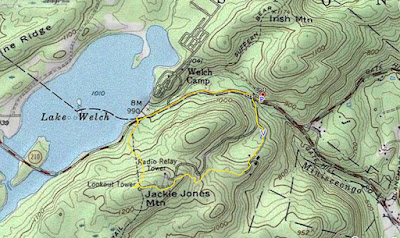 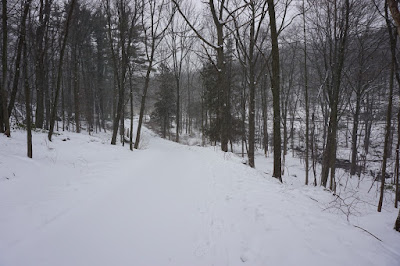 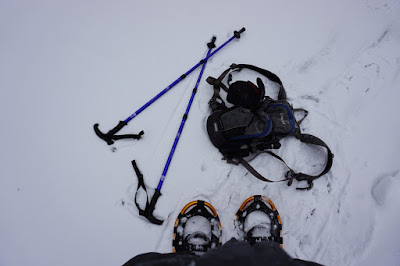 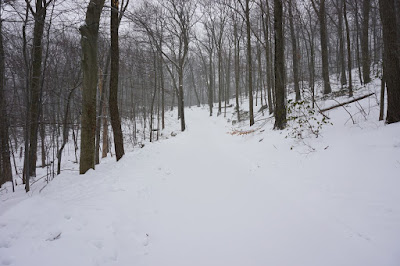 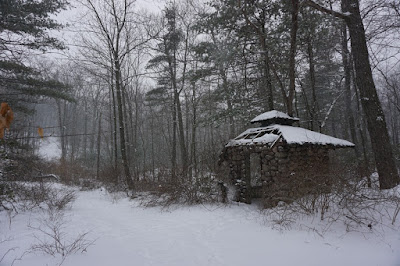 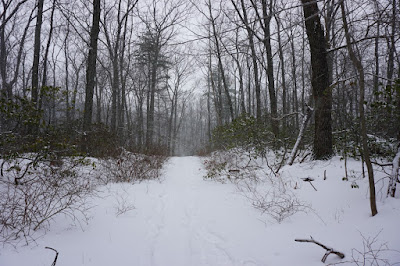 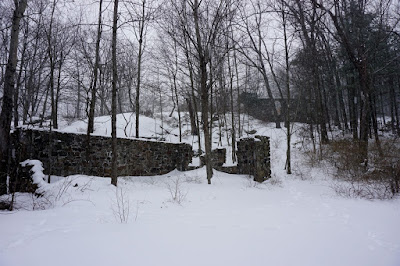 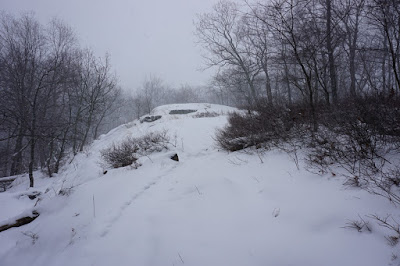 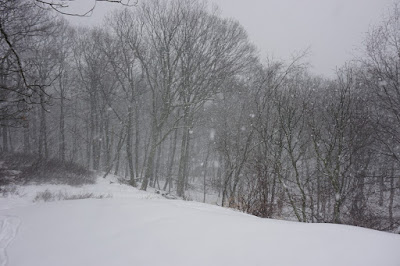 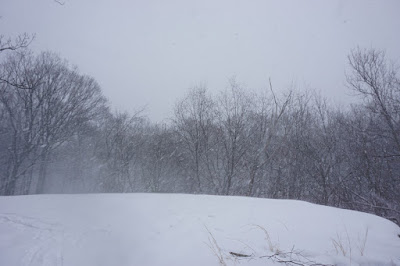 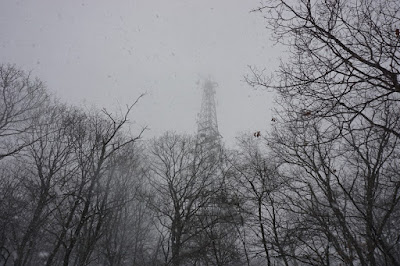 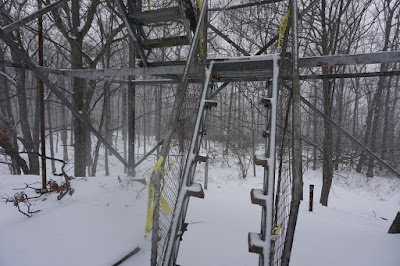 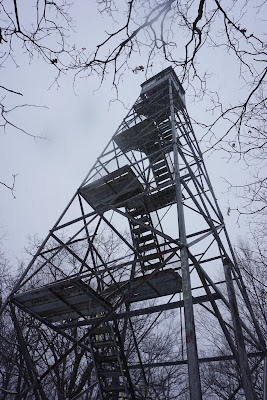 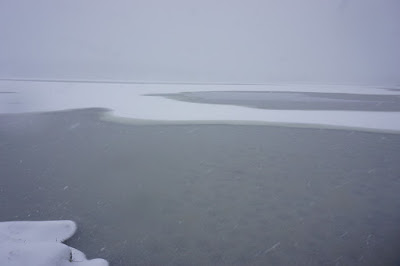 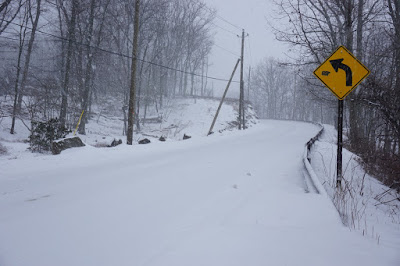 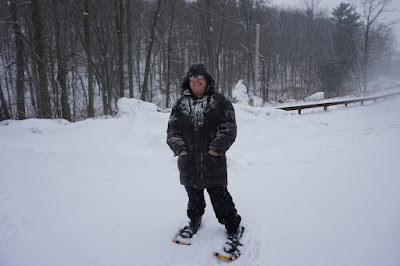 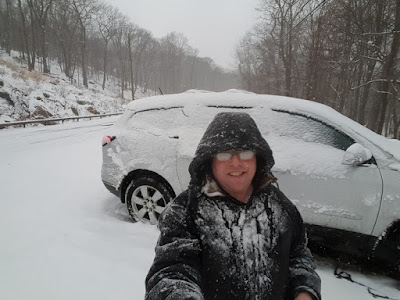