This was my first hike after the blizzard which dumped over 18 inches in the area. This was a beautiful, sunny, and cold day for mid-March. I had figured this hike would be well-traversed and would be easy to do, but I was proven wrong. In fact, despite having snowshoes, this was my most difficult hike in years. Although its a relatively short hike, I was waddling through 1 to 1.5 feet of snow, often the first to make the tracks.

I parked at the Anthony Wayne parking lot, which was plowed in one small section. The rest of the lot was covered with snow and looked like a wintery lake, as indicated in the photo below. I took the Fawn Trail up, passed the Timp-Torne Trail, and continued to the end of the Fawn Trail at the Appalachian Trail (AT). The AT climbs rather steeply at this point, and I climbed up the first viewpoint, facing north and east, and then continued past the intersection with the Timp-Torne Trail to the view facing west at Anthony Wayne. I had intended to go further, but without any trailblazers before me and the difficult conditons, I opted out and started heading down.

I took the Timp-Torne Trail down the north end of the mountain, back to the Fawn Trail, and then near Beechy Bottom Road took another old path parallel to the road and then across a path back to the parking lot. 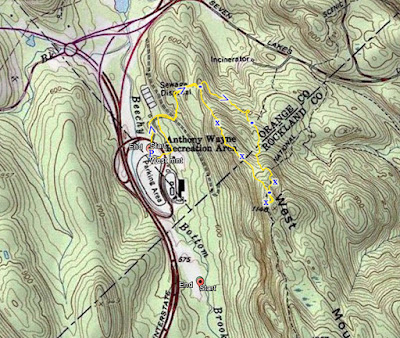 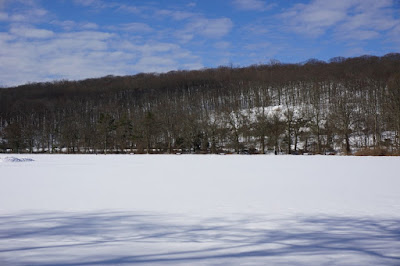 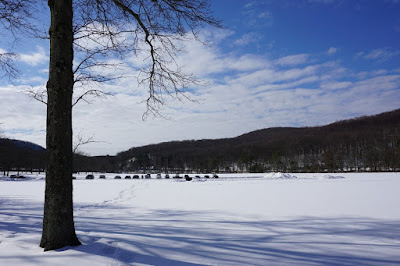 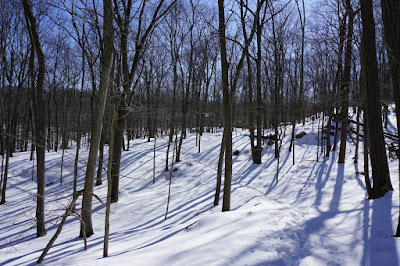 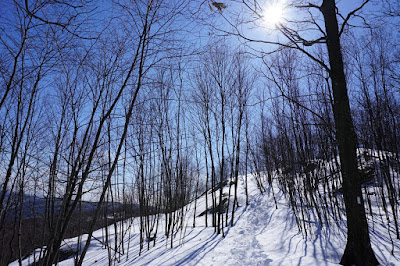 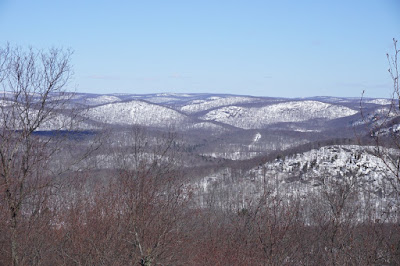 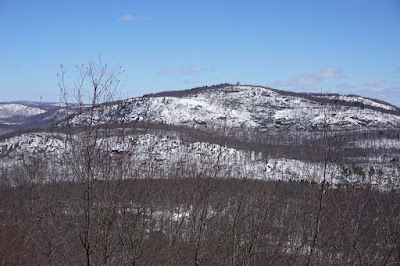 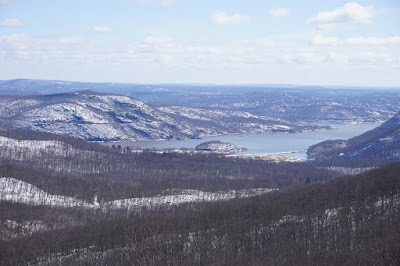 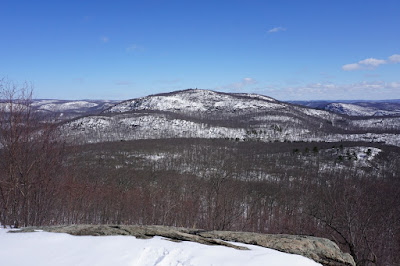 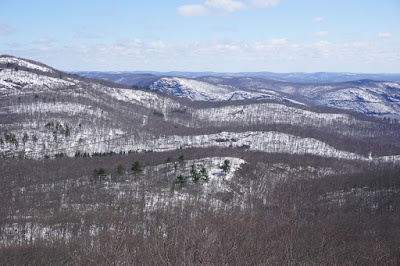 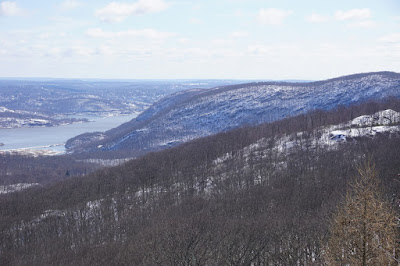 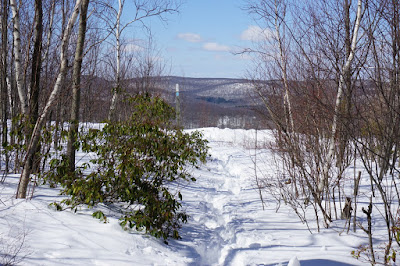 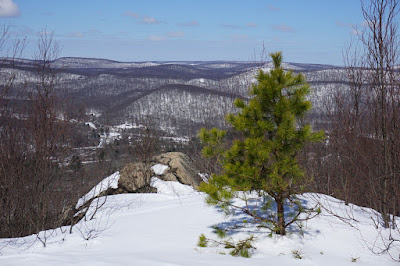 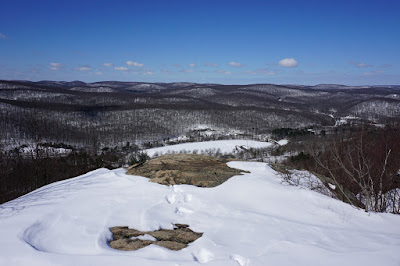 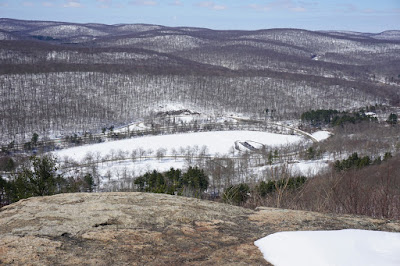 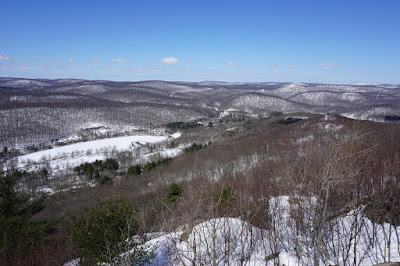 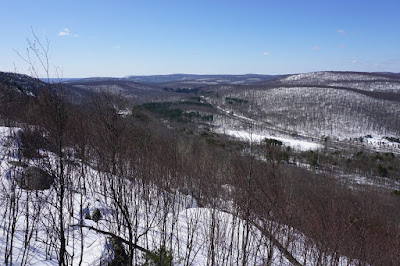 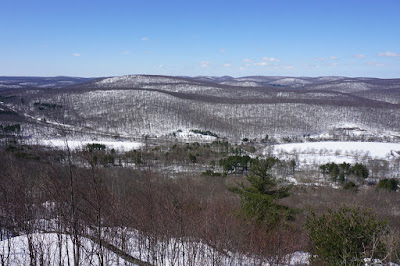 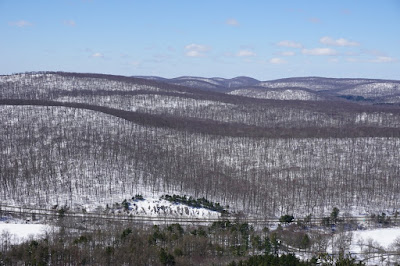 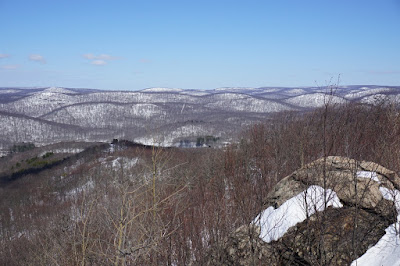 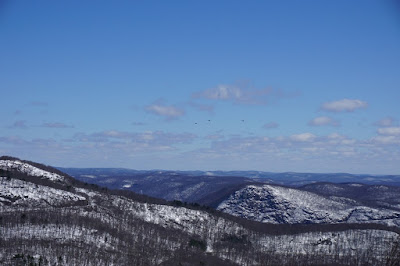 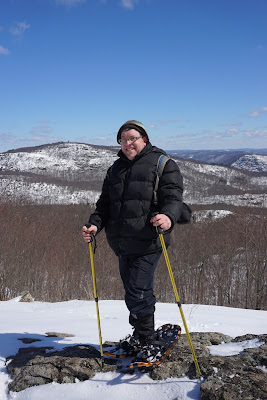 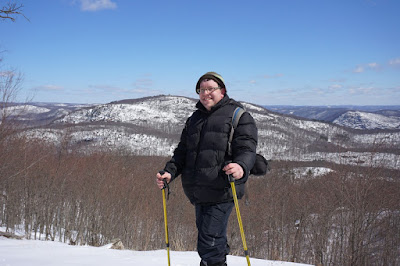 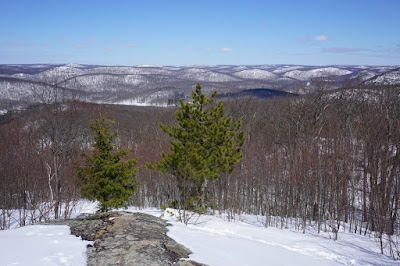