I was off for Thanksgiving, and the weather was beautiful in the afternoon, so I decided to take a quick hike. I parked at the Popolopen Trailhead, and took the Timp-Torne Trail down the hill into the gorge, down to the new bridge, and then crossing the Popolopen Brook. I then took the combined Popolopen Gorge/1777/1779 Trail alongside the brook, and then crossed on the other bridge and then headed to Queensboro Lake. I took some pictures at the lake, and then turned around and took the same route back. 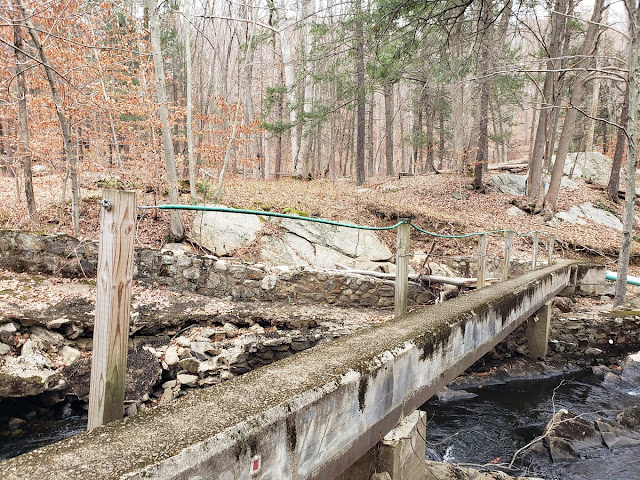 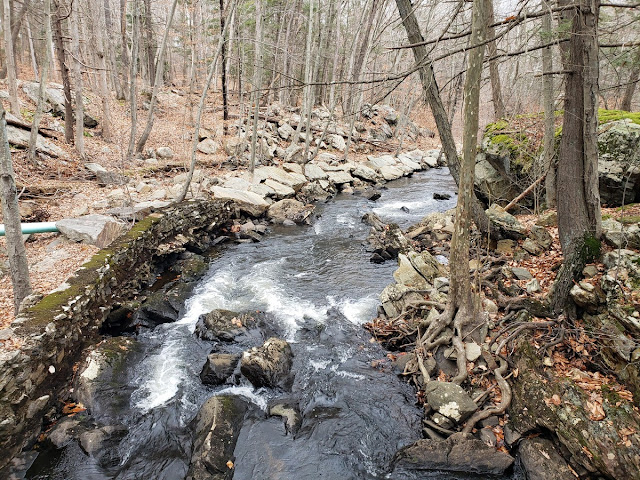 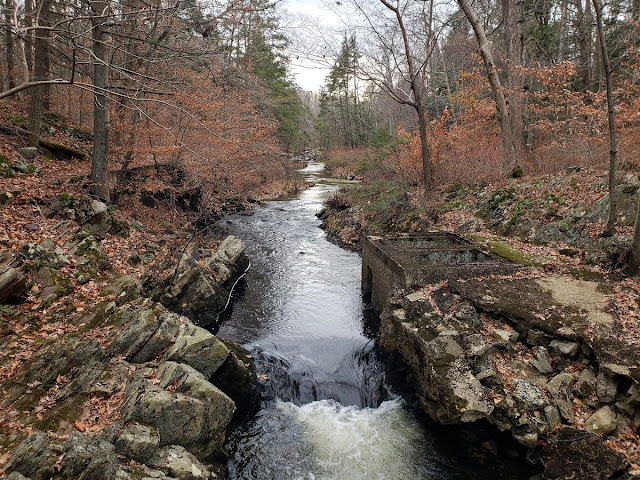 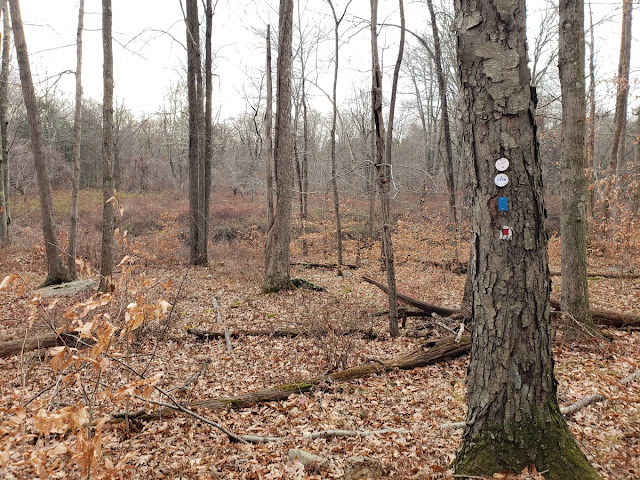 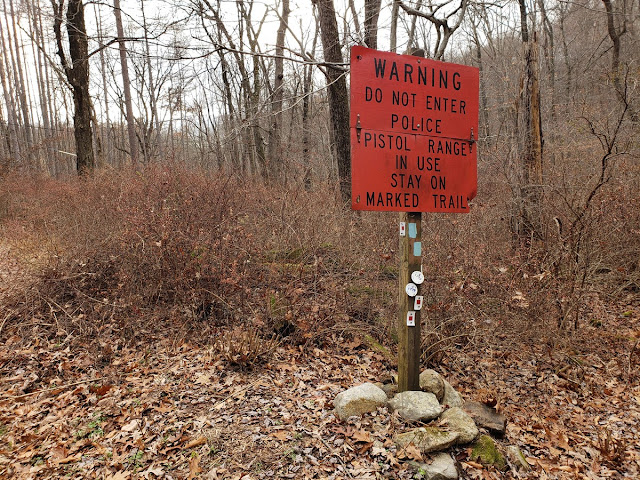 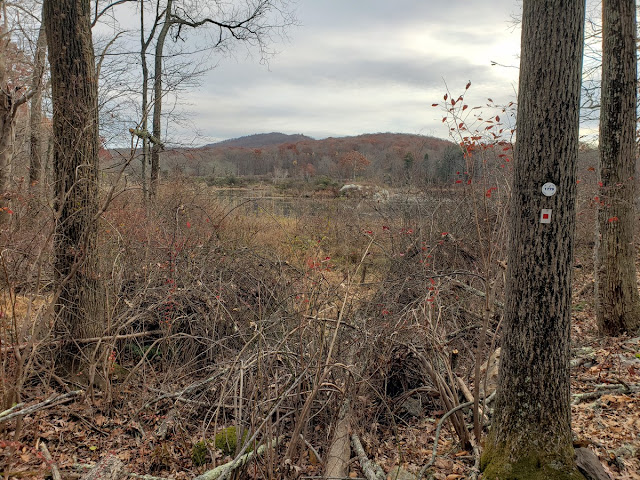 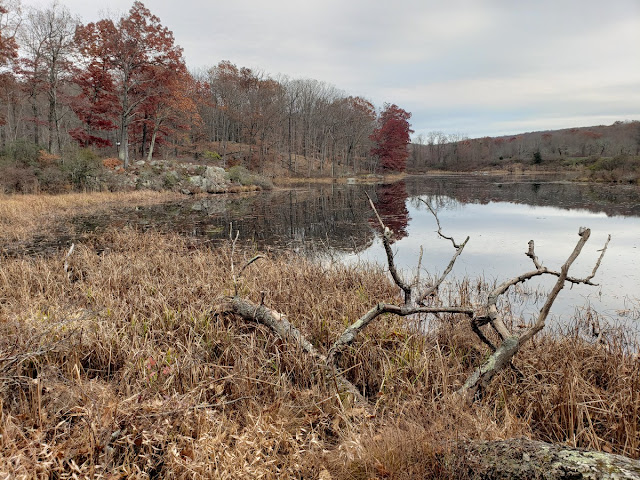 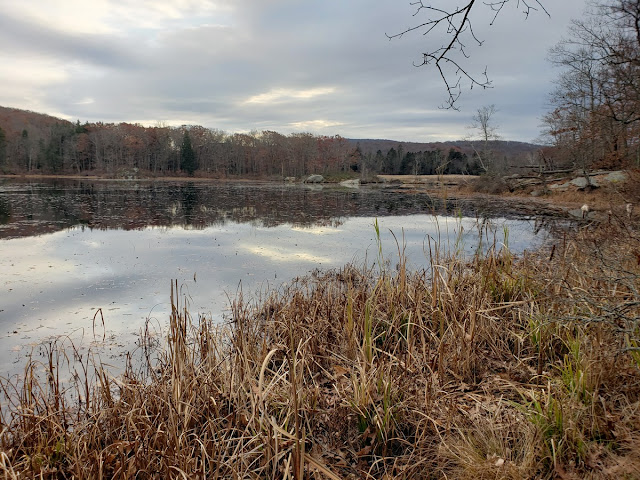 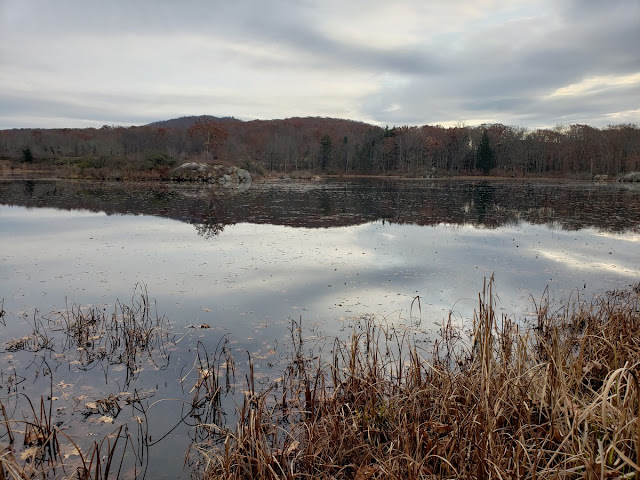 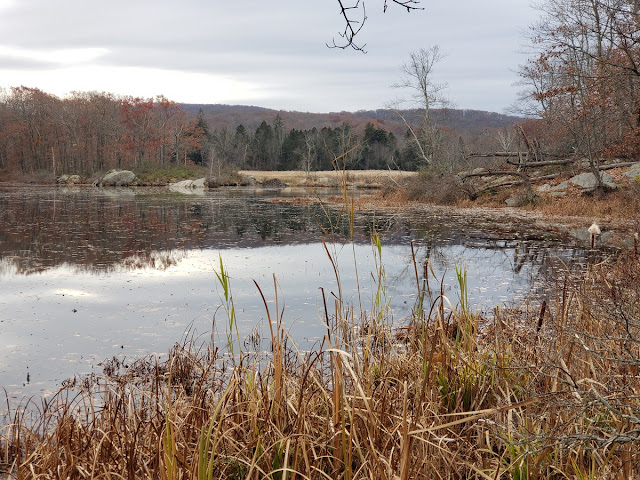