Stone Church Cave is a natural cave-like structure in Dover Plains, New York. Its in an obscure, remote part of the state and not really near anything. It is not well known except among locals and caving hikers. It's not a true cave, as the rock isn't limestone but rather metamorphic rock, and it's more like a narrow crevice in the rock with a cave-like opening.

The property was recently purchased as a preserve, and was closed recently due to falling rocks. It was recently reopened and I was excited to finally make it hear (it's an hour and a half drive from my home.) Several new trails were recently opened in the area in the surrounding hills.

As the weather was very hot, with a heat advisory in the area, we decided to hike some of the surrounding trails first, and then hike to the cave and enjoy the water afterwards. I actually hiked in my bathing suit for this purpose.

Parking is a bit challenging, as there isn't a parking lot for the hike. There are several designated areas to park, and I parked in the school parking lot nearby which is one of the designated spots on weekends when school is out of session. After parking, we walked a short distance on Route 22, and then took the trail across the field down the steps, crossing the brook on the the bridge, and then taking the Blue Trail.

We took the Blue Trail up to the view, which looks into the Taconics and across the valley into Connecticut. We then headed back down along the same route, but then took the Yellow Trail as an alternate route back down. At the intersection at the brook, we took the Dover Stone Church Trail along the brook, approaching the cave. Upon entering the cave, where the trail ends, we took our hiking shoes and backpacks off and entered the cave, enjoying the cool water in the pool below the waterfalls.

We tried finding a route above the falls to continue along through the cave, but there was no way to get there. Supposedly there was a ladder up the rock in past time, but it looks like it was removed. (If anyone has any additional information about this to explore the area above the entrance further upstream, please do share in the comments.) After enjoying the cool water in the hot weather, we changed back and headed back down the route back to the road and back to the town. 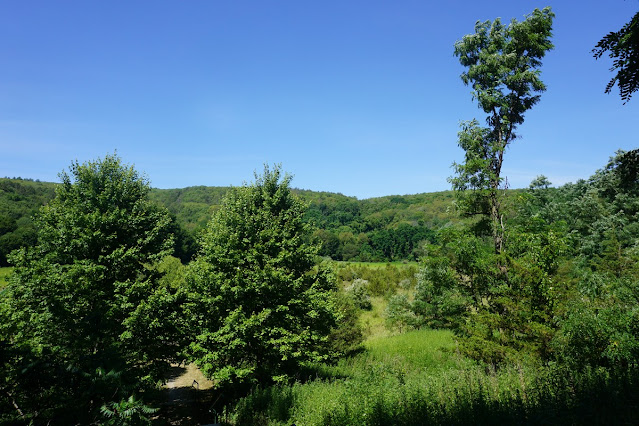 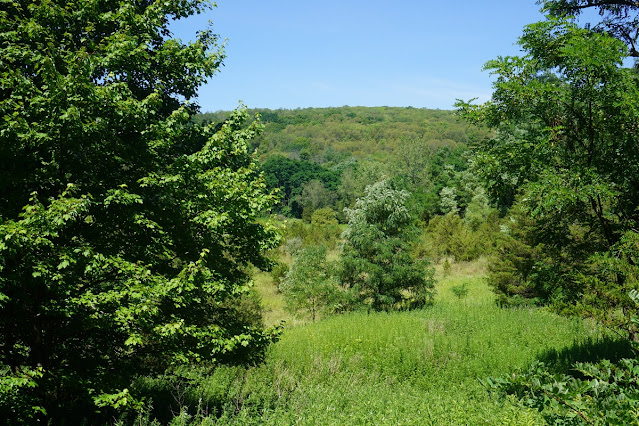 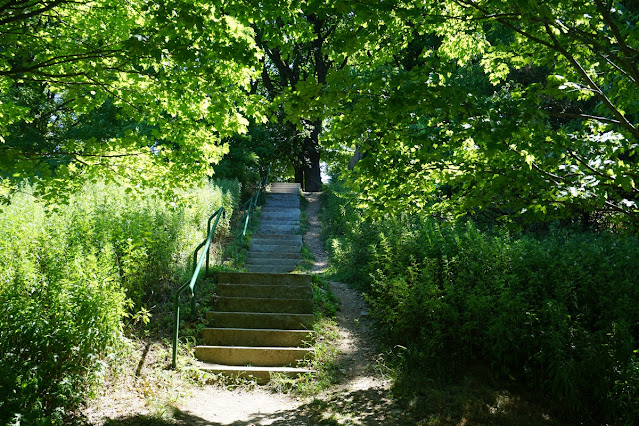 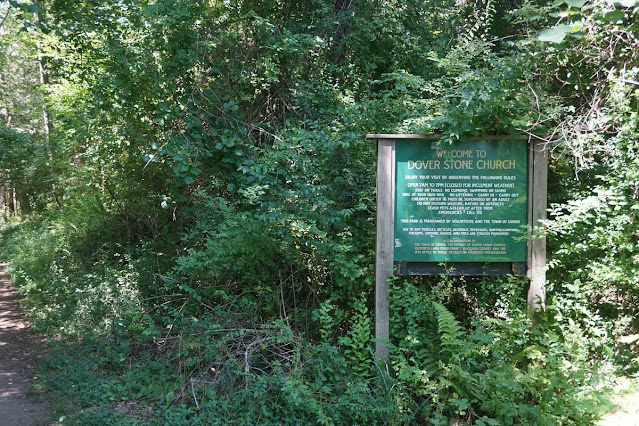 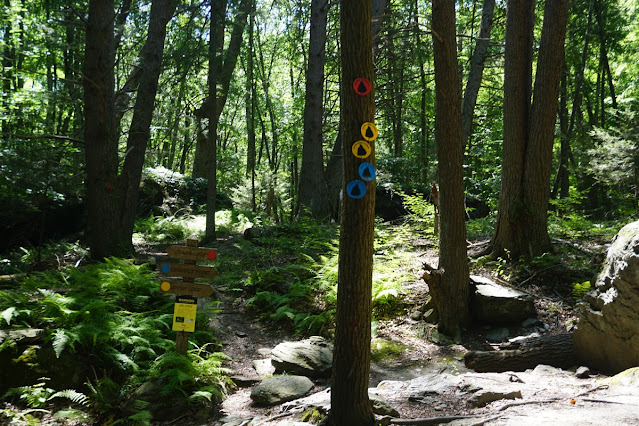 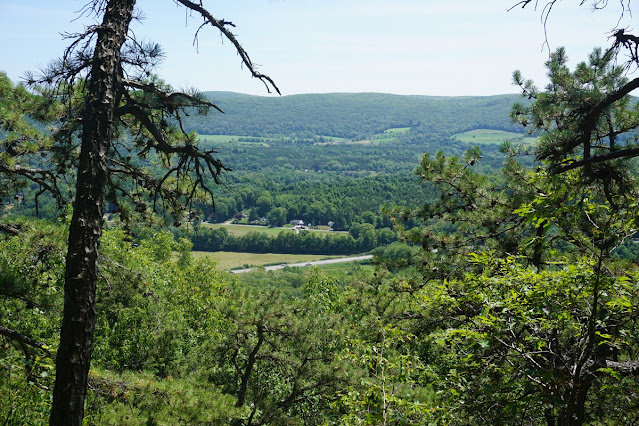 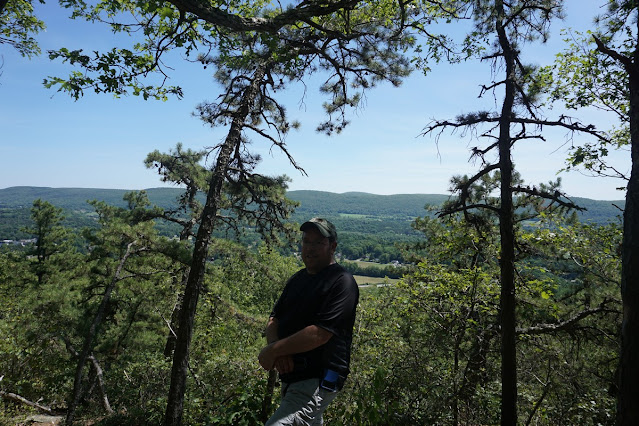 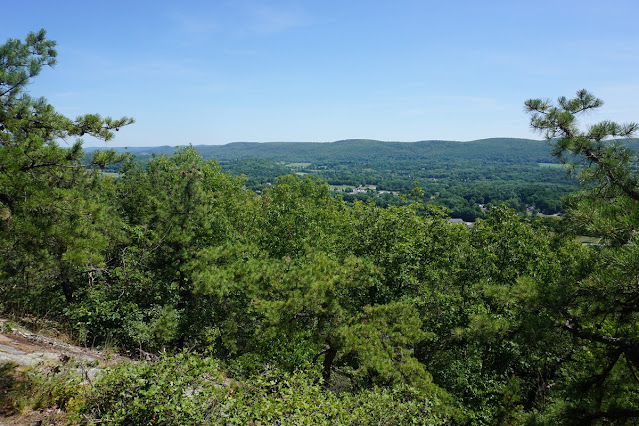 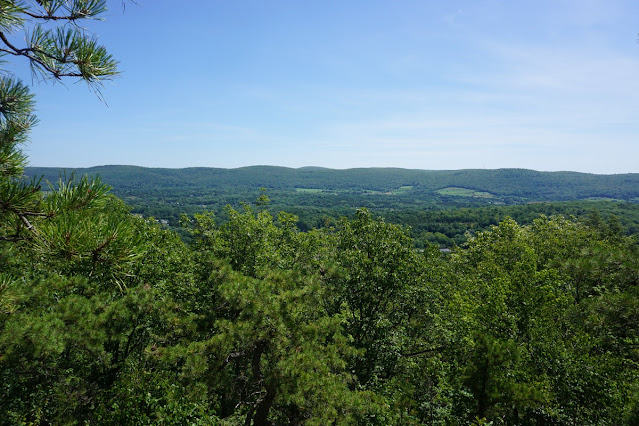 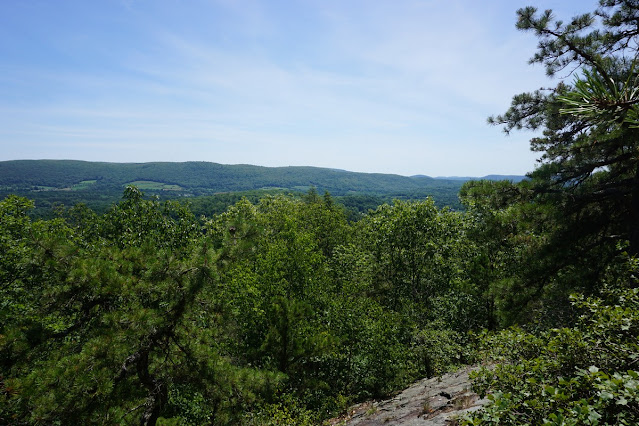 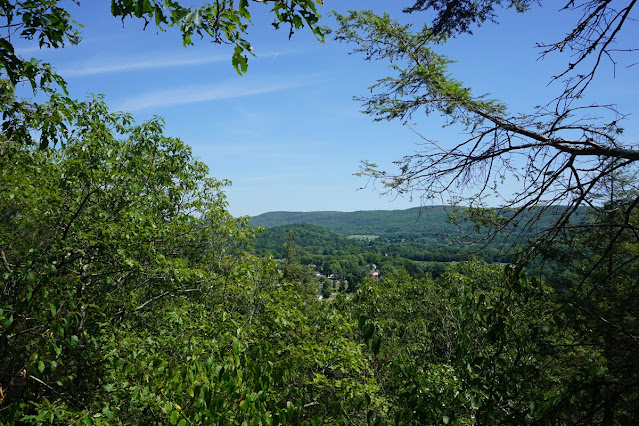 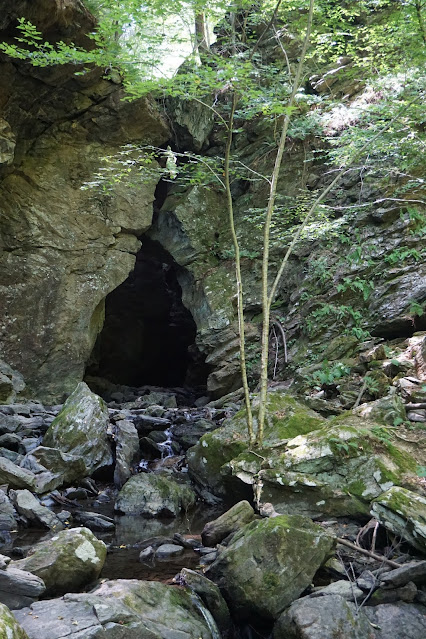 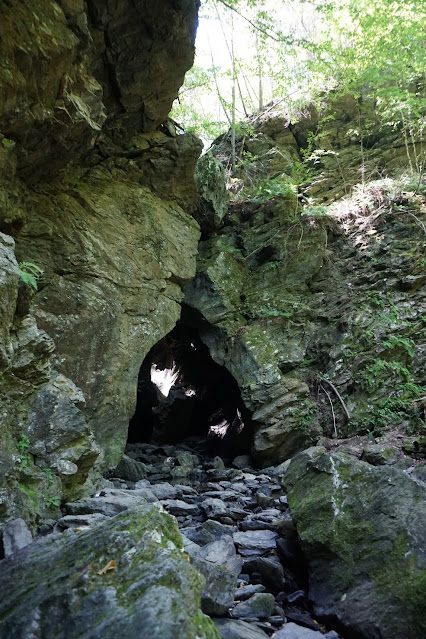 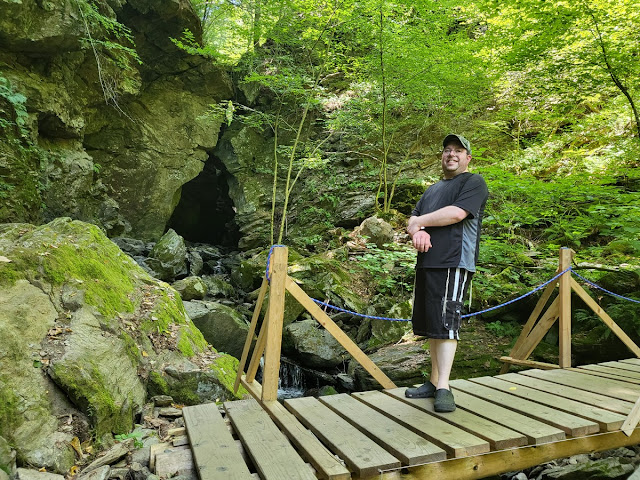 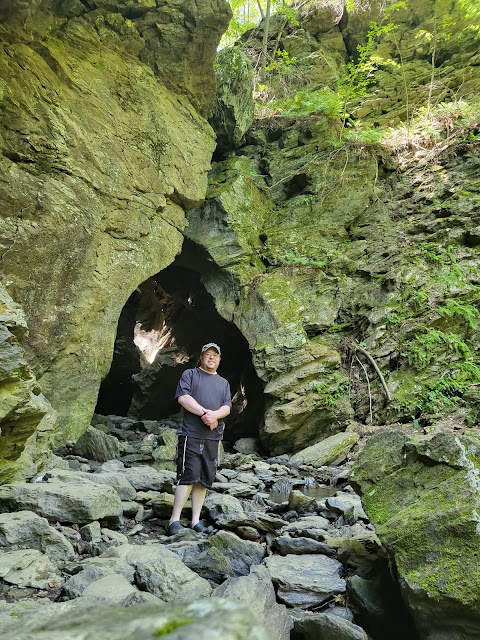 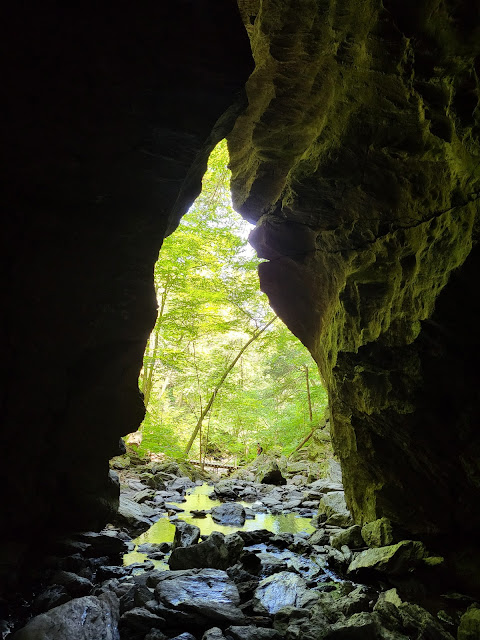 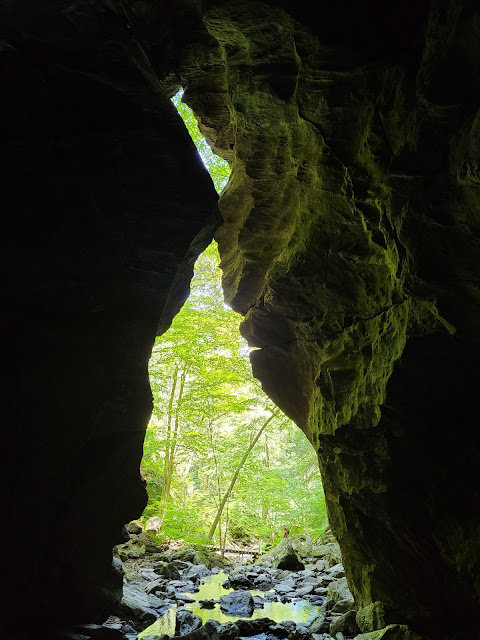 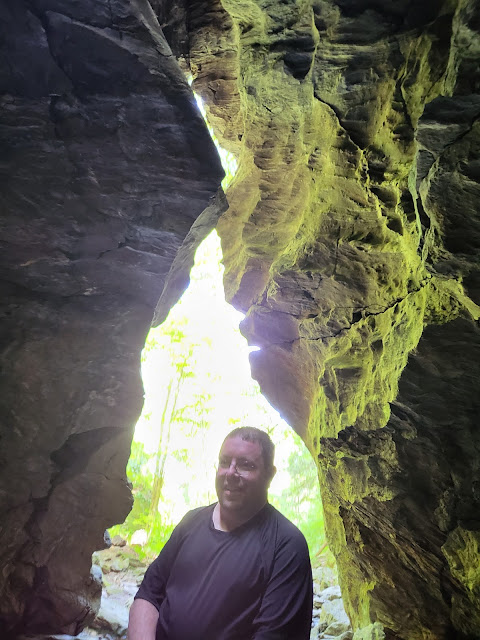 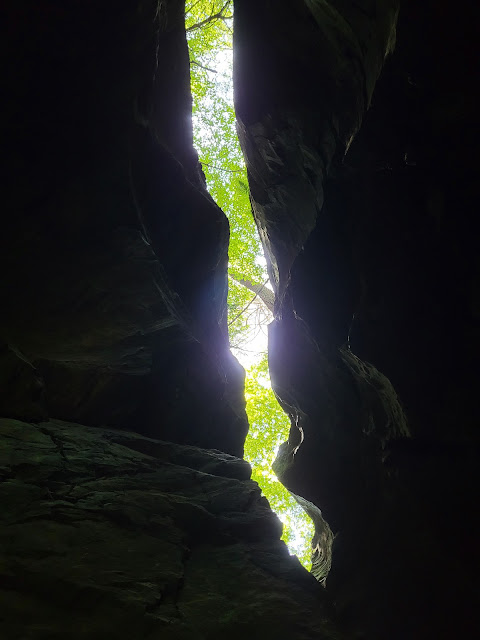