This hike was on a relatively warm winter day. It may have even hit 50 degrees! The warmth was especially appreciated considered it was hardly above freezing since mid-December. Anyways, parked at the Visitor Center trailhead at 7 Lakes Drive right outside of Sloatsburg, and headed south on the red-blazed Pine Meadow Trail for about 3 minutes until I hit the blue Seven Hills Trail. Went south along this trail, and took the turn east to ascend the mighty Ramapo Torne. Near the top headed south on the HTS trail to the panoramic summit. The wind was awful on the rocky summit and I couldn't stay there long. I had an excellent view of the Manhattan skyline looking past the sheer cliff to the southwest.go

On my 2003 edition of the Trail Conference map, it shows the HTS trail as ending here, but I was quite surprised to see the orange blazes continue past the summit. I continued along to discover the end source of this path. The trail descended SHARPLY, and I mean sharply, down those cliffs, and I slid down the melting snow and ice. The trail ended up looping around like a drunk lollipop back to the Seven Hills Trail. I then took the Seven Hills Trail back to the car.

Heading south on 7 Hills.
The mountain behind the trees is Ramapo Torne. 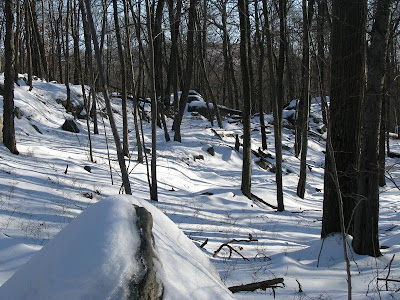 Junction of HTS and 7 Hills near the summit. 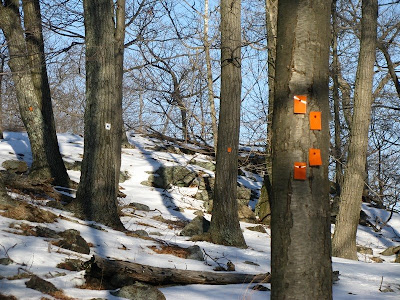 The Manhattan Skyline from the summit.
The helicopter came in just at the right time. 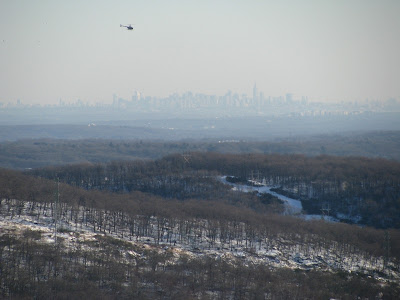 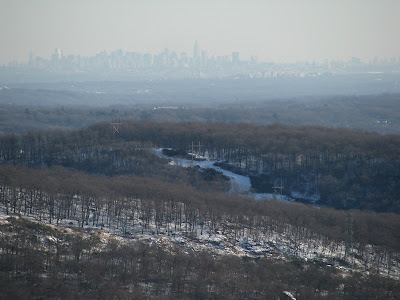 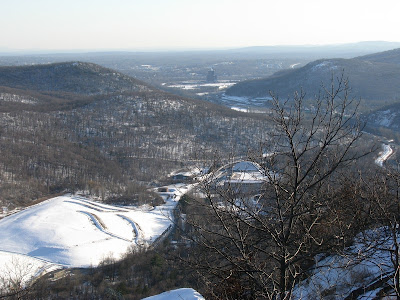 Auto-timer from the summit 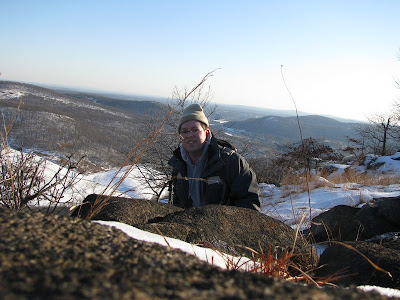 It's about an 1.30 till sunset so I had this great
shadow perspective right below the summit. 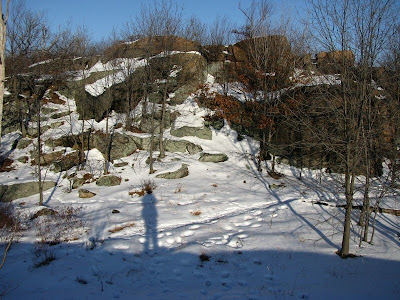 Looking northwest from the summit 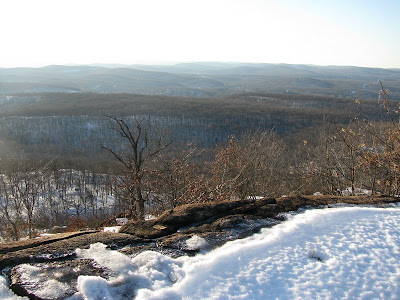 Looking north from the summit.
The first mountain is South Hill, and that follows all
the way to "Almost Perpendicular" at Dater Mountain,
which you can see in the right corner of the pic. 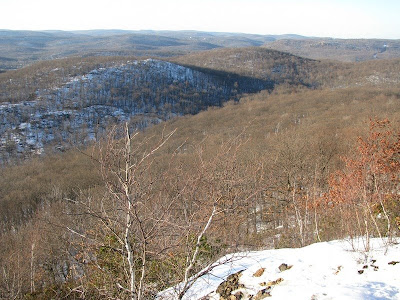 The descent. This is about a 70 degree angle.
Its a good thing the ice was melting otherwise
this would be totally impossible. 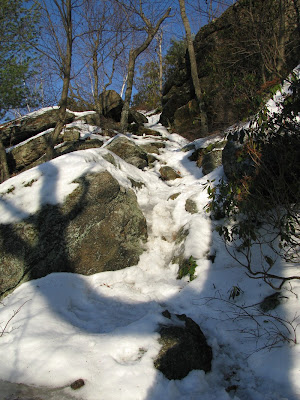 Down below with the summit in the distance behind the trees. 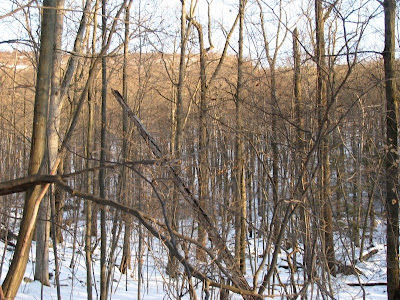