This was the first hike of the season where everything actually turned green and all the leaves sprouted. This felt like my first true spring hike. The weather prediction had called for rain, and when I started the hike it had not yet started raining. About a few minutes into the hike the rain started, and it get heavier and heavier as I went along.

I parked on Route 9W at its crest on Hook Mountain. Went up the mountain via the Yellow Trail (I don't know if this trail has a name as it's not on the Trail Conference Maps), and then bushwacked for just a short bit to the Long Path. Took the Long Path to the summit of the mountain, and continued north along the sharp ridge to the next summit. Then header down a different Yellow Blazed trail, which took me to the Rockland Lake Golf Course. From there bushwacked back to Route 9W, and then walked on the side of Route 9W back up the mountain to the car.

Near the summit looking South towards Nyack 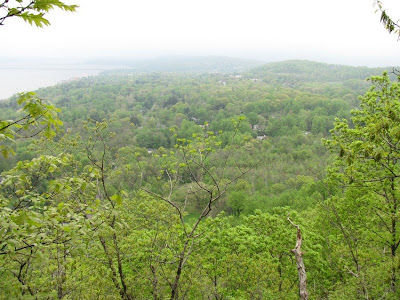 The final ascent on the Long Path to the summit 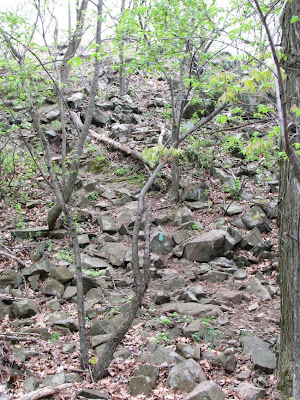 Looking west towards the south ridge of Hook Mnt. 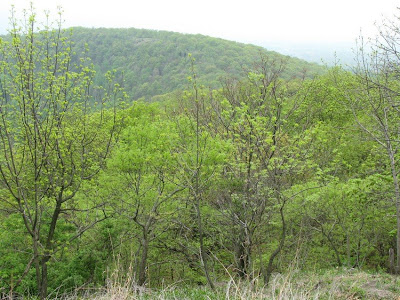 Looking south at the Tappan Zee Bridge
and the Hudson River in the foggy rain. 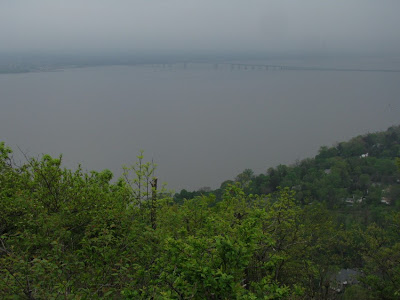 Cactus on the summit.
This is the only place in the region I have seen
wild cactus growing. It's all over the summit. 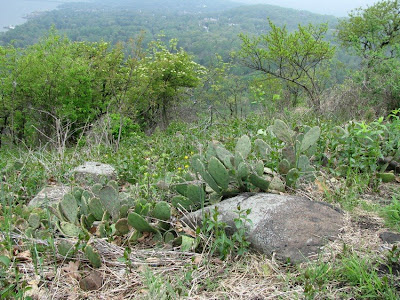 Me at the summit looking south. 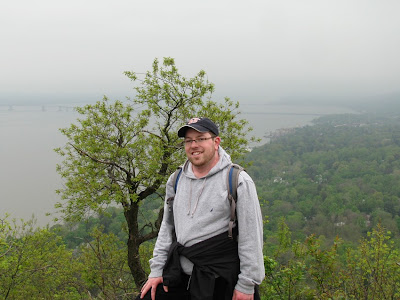 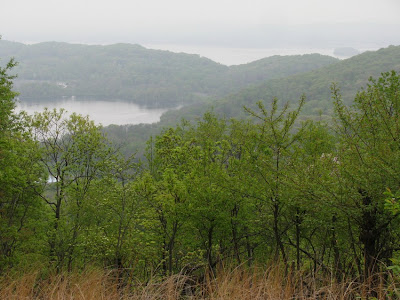 On the edge of cliff over the Hudson River 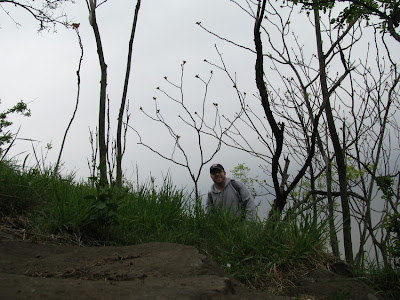 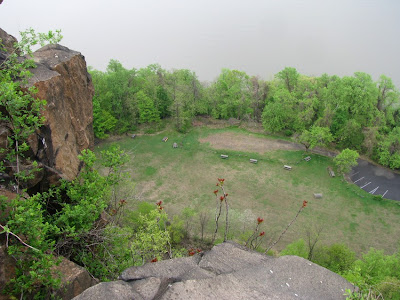 The sheer cliff wall on the eastern side.
These cliffs were caused by quarrying
for traprock in the late 19th century. 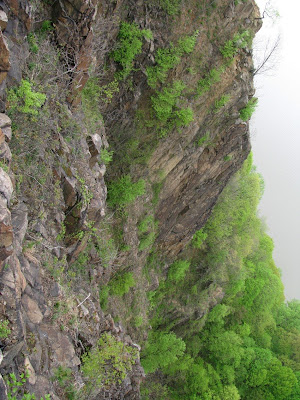 A small pond along the descending Yellow Trail
with raindrops falling above the leafy waters. 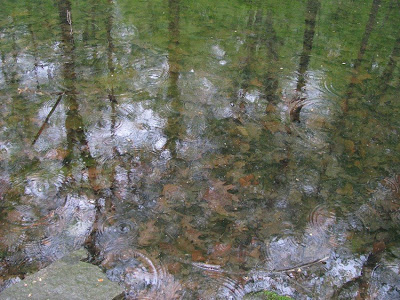