This was actually the 3rd Sunday in a row I did a hike in the Palisades. Was on my way back from an event from Brooklyn so this hike made the most sense in terms of location. Parked on the State Line Lookout off the Palisades Parkway, and headed north on the Long Path (LP). Passed the NY/NJ State Line (crossing over into NY), and took a picture of the monument there. Continued on the LP and Spurred off on the Shore Trail to descend down the cliffs to the shore, following the stream to Peanut Leap Falls. The falls are right above where the Stream enters the Hudson River. The falls are on the site of an ancient destroyed mansion called the Pergola.

Continued along the Shore Path south along the Hudson River edge. Scrambled along the crazy Giant's Stairs, which are massive columns of diabase which tumbled from the sheer cliffs above. This part of the hike is very intense with the entire portion rocky and uneven. Took the Forest View trail back up (this is a very steep and winding ascent thru a small notch in the vertical cliffs), and then headed north on the Long Path back to the car.

I just have to comment at this point on how awful and innacurate the 1991 edition of the Trail Conference Maps on the Hudson Palisades Trails are. I don't know if the newer editions are better but I suppose I should make the investment.


Looking north from the Overlook 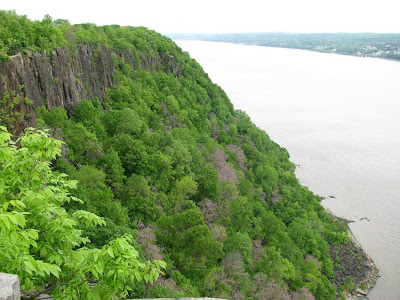 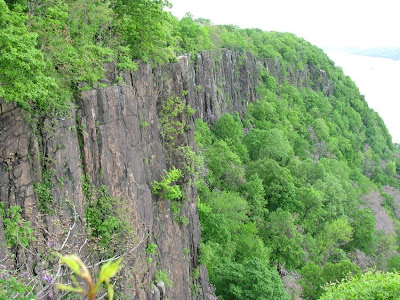 Me at the Overlook 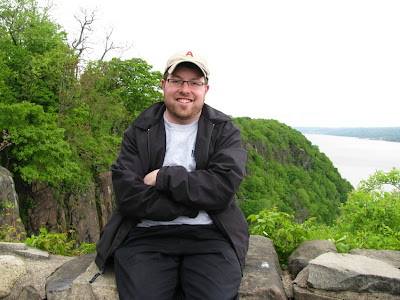 Facing south from the Overlook, viewing the
city of Yonkers across the Hudson 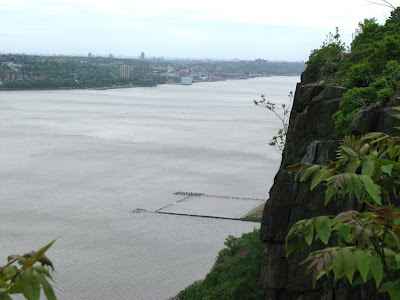 Me and Yehuda at the Overlook 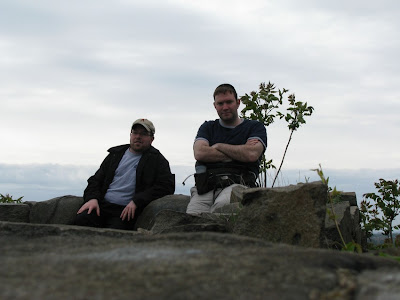 The monument at the NY/NJ Border 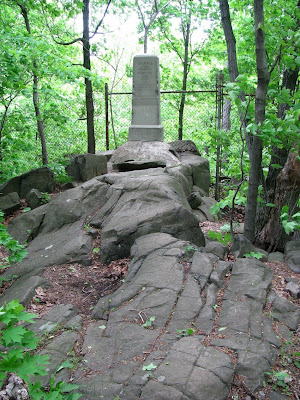 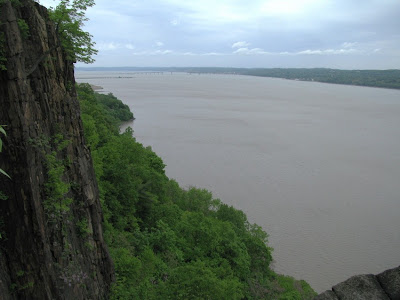 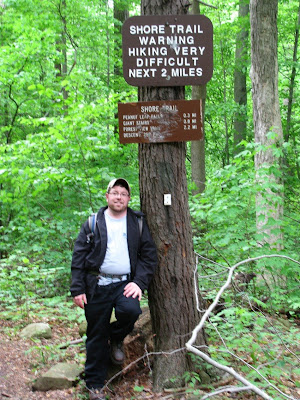 Descending the trail near the falls 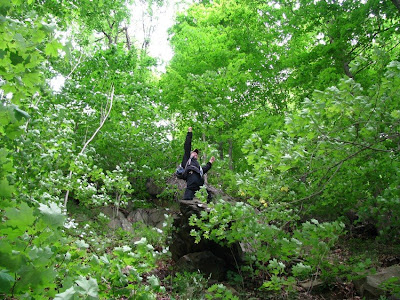 At Peanut Leap Falls.
I am sitting on the ruins of the Pergola. 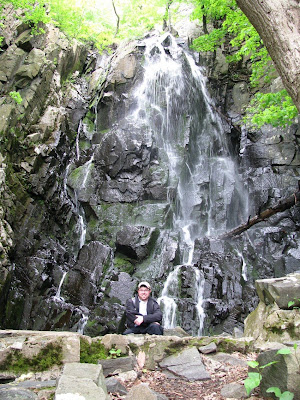 Me and Yehuda at Peanut Leap Falls 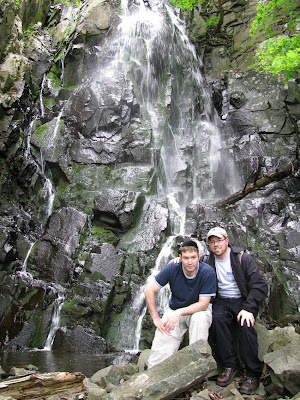 Yehuda on the Hudson River shore at the Pergola 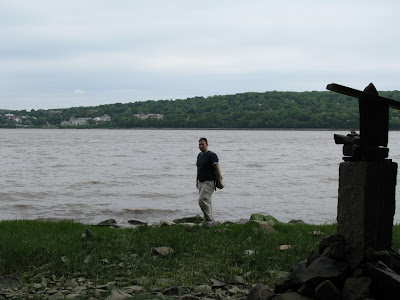 Yehuda scrambling along a small portion
of the Giant Stairs 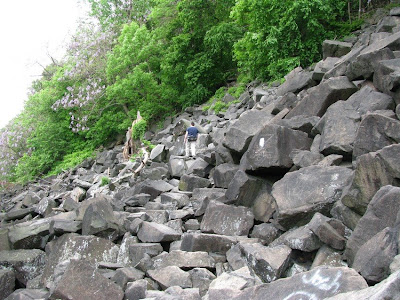 Giant Stairs with the Overlook on top,
more then 500 feet straight up 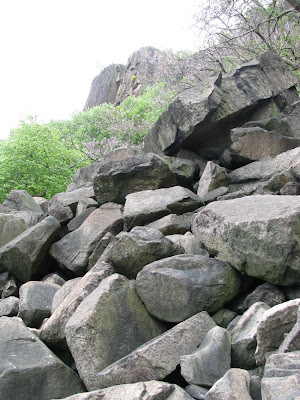