This was a really nice and warm day in late fall. All the leaves had already fallen, with justa few remaining colorful trees, and the temperature was in the 60's. Started the hike at the beginning parking lot, and for the most part hiked along the river path the way down and hiked on the upper path on the return route. I was not familar with the trail names and their markings so I can't tell you which trail I hiked at each point - I just followed the closest one to the river there and the upper one the way back.

I took the offshoot to the Hobby Hill Quarry, which is a pegmatite quarry in the cliff of the
gorge. It contains shiny muscovite, crystallized feldspar, and large hunks of quartz including
rose quartz. I thought the trail continues here but it's a dead end, so I had to turn around
to get back to the trail. Continued along to the Resivoir view spur and then headed down to
the Havemeyer falls. Took some pictures by the falls and continued to the foot of the river where it empties into the Mianus Reservoir. Then turned around and went back, this time on the upper trail passing through many stone walls and old farmland.


Map of the route 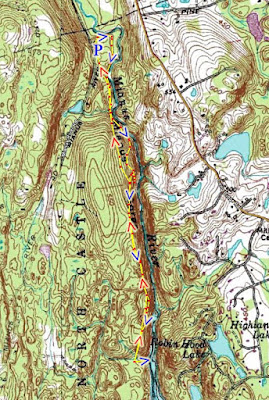 Map at the trailhead 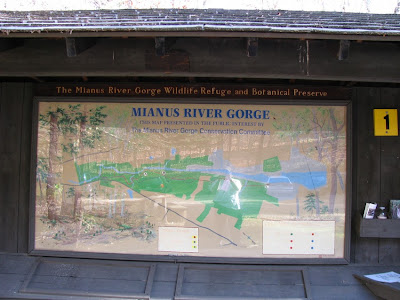 The Mianus River at the beginning of the hike 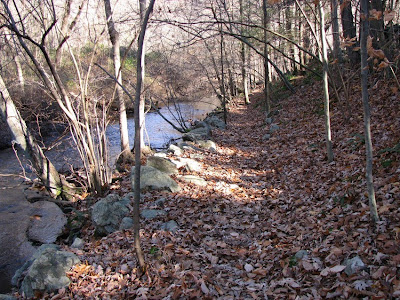 Along the river trail 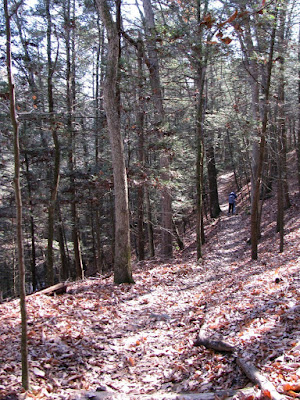 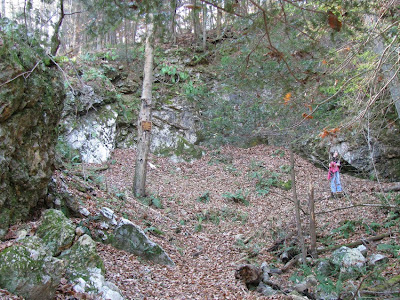 Rose Quartz wall in the Quarry 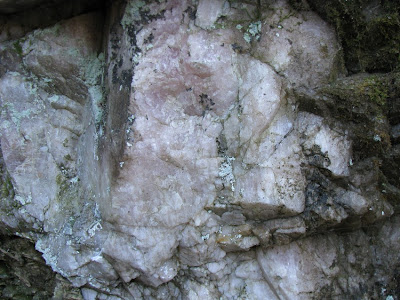 Autumn leaves on the trail 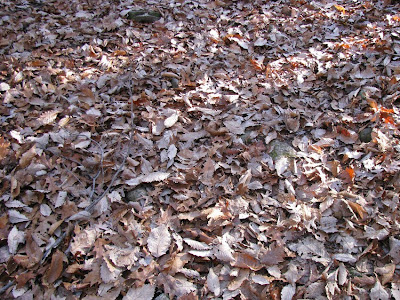 A random shot in the middle of the hike 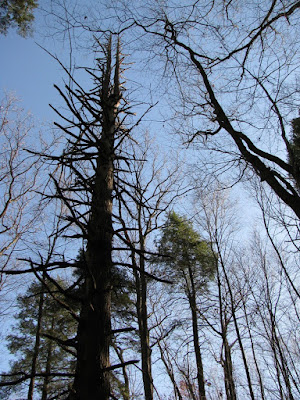 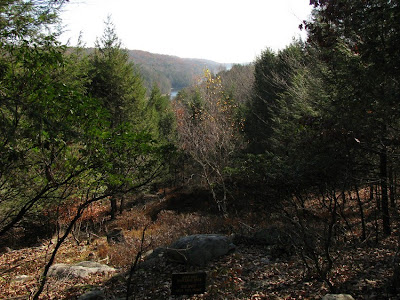 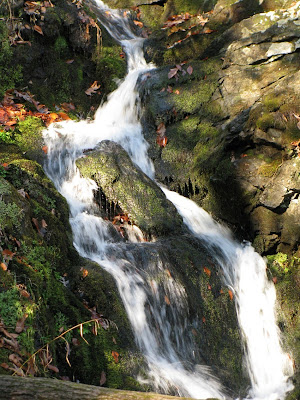 Another view of the waterfall. 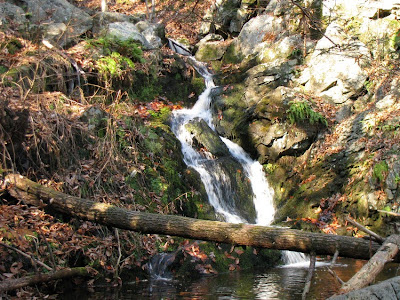 At the beginning of the reservoir. Facing south. 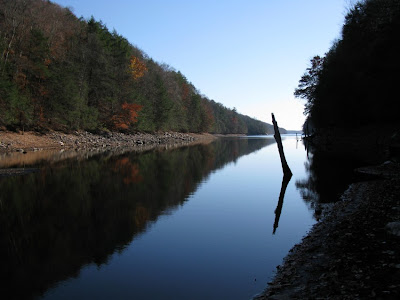 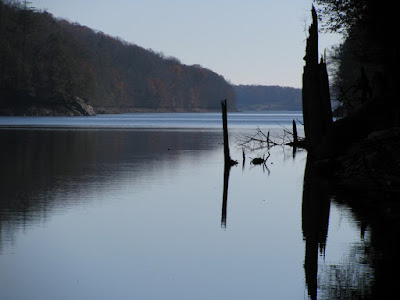 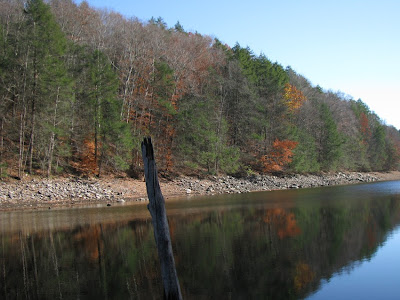