This was a very short hike, due to the fact that I wasn't feeling so well. I needed to do some shopping in the Palisades Center Mall and this was nearby. This is a very wimpy waterfalls most of the year, but can be very impressive after heavy rainfall. It had rained at least 2 inches the previous day, and all the deep snow had melted with this rainstorm. The water volume was incredible, and waterfall was roaring. The entire trail was muddied and had water flowing everything, thus making this relatively simple hike rather difficult.

Started at the parking trailhead off Greenbush road in West Nyack, and climbed the path the waterfall, which was absolutely stunning due to the large volume of water. Continued climbing the muddy trail to the viewpoint. At the viewpoint one can see the Palisades Mall through the trees to the North (its only about a mile away), and Route 303 directly below. To the far south the skyscrapers of Jersey City and Newark are visible.

Instead of heading back on the muddy and disgusting path, I bushwacked through the woods off the trail where it was drier. The waterfall is actually split into separate streams, and so I went down the less known split waterfall, and from there back to the car. 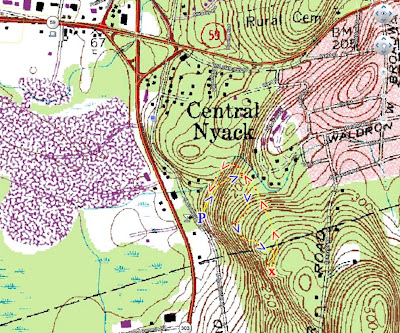 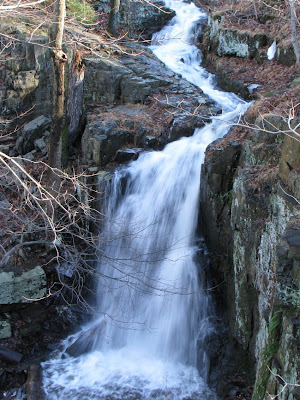 The upper waterfalls below the main cascade. 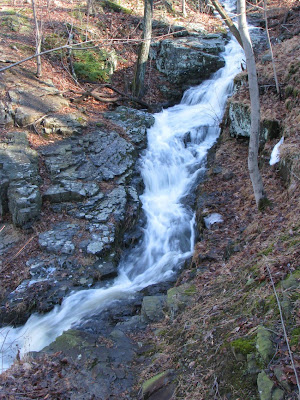 The view from the lookout.
Facing southwest towards Orangeburg. 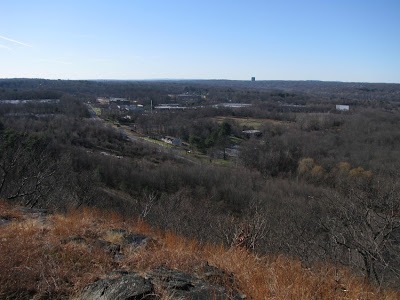 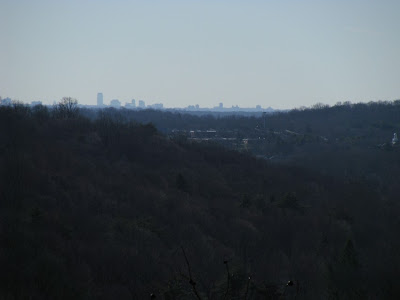 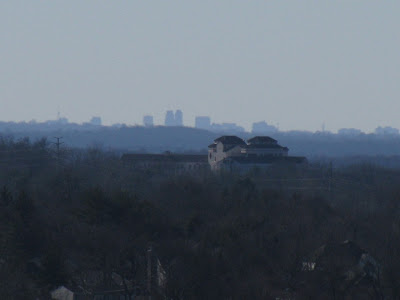 The smaller falls of the north flank of the brook.
On my descending route. 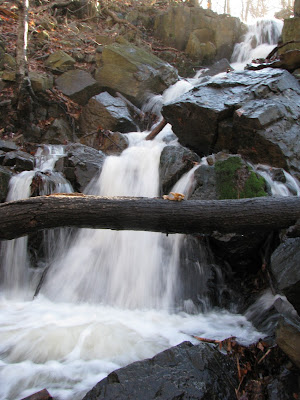 A view of the lower part of the main Falls. 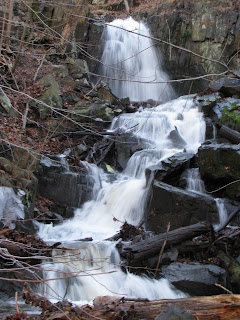