This hike was the day after the season's first snow. The previous day it has snowed a slushy inch or two, but on this hike higher up in the mountains there was a good 4-5 inches of heavy wet snow. The complete coverage of the snow on the trees was absolutely gorgeous! This was also the same location I had gone the previous year on the first snowstorm of the winter.

Started at the Reeves Meadow Visitor Center off 7 Lakes Drive. Hiked parallel to the stream on the Pine Meadow Trail, to the Stony Brook Trail, and then along the Kakiat Trail past the Cascade of Slid, which is a small waterfall along the trail. At that point made a left and took the HTS Trail up to the lookout which had a great view in the snow. Went back down the HTS, to the Pine Meadow Trail, and took this back to parking area. 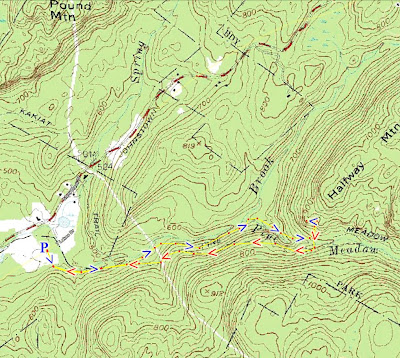 At beginning of the Stony Brook Trail 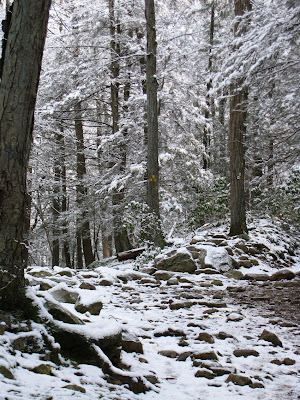 Wow! What a shot!
The wet snow is still on the trees,
with the awesome contrast of the blue sky!
On the Stony Brook Trail at the Gas Line 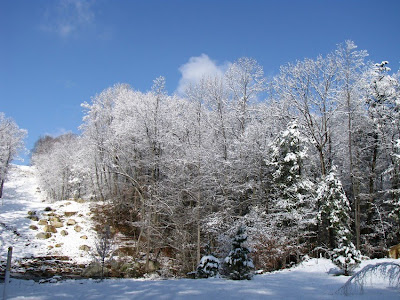 Another view at the gas line 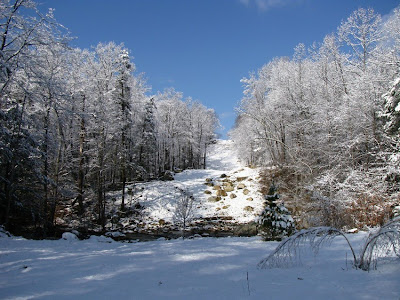 Cascade of Slid, zoomed out 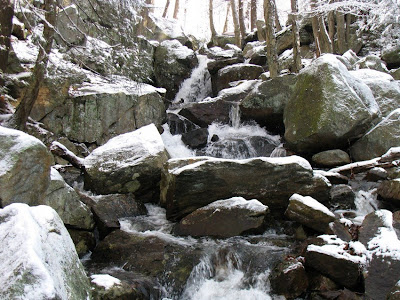 Another view with a longer exposure. 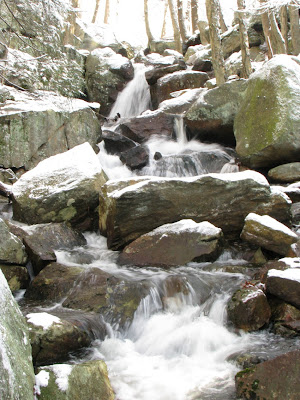 Main waterfall at Cascade of Slid 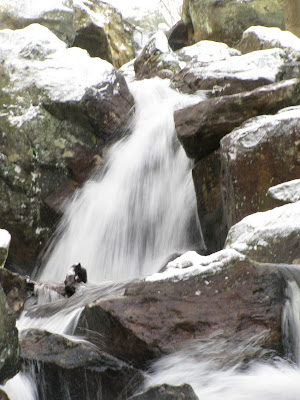 Snow on trees climbing up the HTS Trail 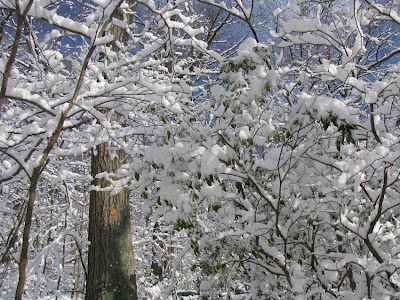 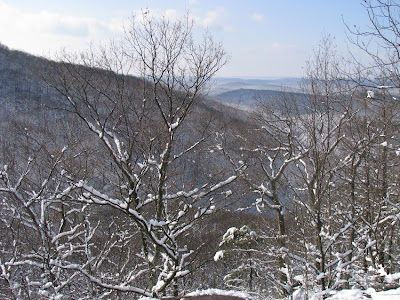 Another view from Halfway Mountain, facing West.
Zoomed in. 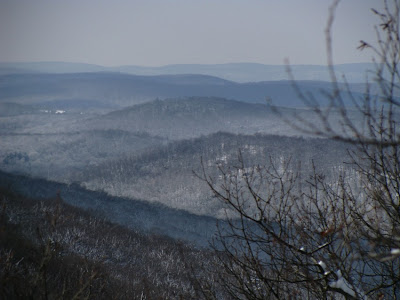 Me on top of Halfway Mnt. 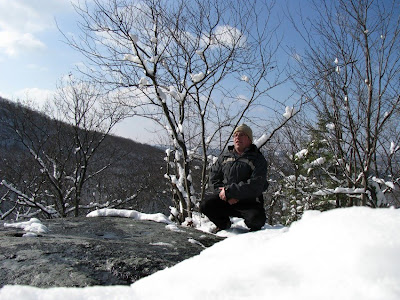