I had long anticipated starting the summer with a solid hike in the Gunks. This was our oppurtunity. We started out early, and were early enough to park in the main parking area in Minnewaska (this area fills up pretty quickly and when that happens you have to park all the way down at the park entrance.) We started the hike by going down towards Lake Minnewaska, and bushwacking along the southern side of the lake above the cliffs. (There used to be an unofficial trail shortcut here to the carriageway, but it was very overgrown and hardly discernible.) From the overgrown shortcut bushwack, we took the Shore Drive Carriageway to the eastern end of the lake, where the outlet is, and then took the Millbrook Mountain Trail all the way to its terminus at Millbrook Mountain. At the summit there are excellent views as you are a straight vertical 1000 feet above the surrounding the terrain. (Millbrook Mountain has its eastern side as a sheer vertical cliff.)

From the Millbrook Mountain summit, went on the Gertrude's Nose Trail south along the edge of the escarpment south on the Millbrook Mountain Trail, towards Gertrude's Nose. There was one point near the power lines that cross the path where the trail descends, and there is a cave going into the ground with emits freezing air, which was very refreshing considering that this was a very hot and humid day. We continued along the trail, picking blueberrys along the way, all the way to Gertrude's Nose. Gertrudes Nose is a pointed edge where the escarpement bends backwards to dip for the deep Palmaghatt Ravine, and there are excellent views all around, and the boulder formations and fallen rocks are absolutely fabulous. The area is full of deep cracks in the rocks going hundreds of feet down. We Continued along the Gertrude's Nose Trail Trail until it hit the Millbrook Drive Carriageway, and from there took the carriageway back to the Hamilton Point Carriageway for a short while until it meets up with the Shore Drive Carriageway by the lake, and from there we returned back to the car. 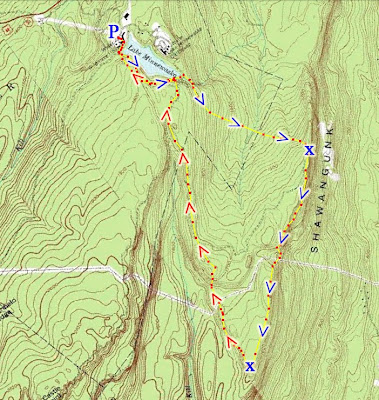 Route 299 Heading towards the Gunks.
You can see the sheet cliff wall. 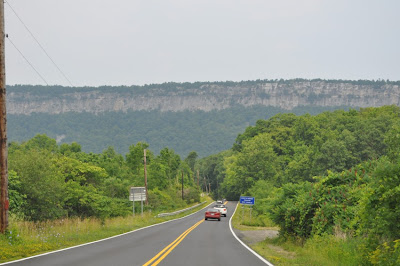 Me and Yehuda at Lake Minnewaska
Near the Parking Area. 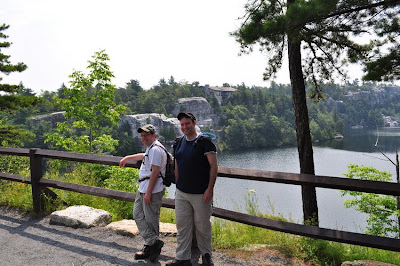 Lake Minnewaska, from the beach. 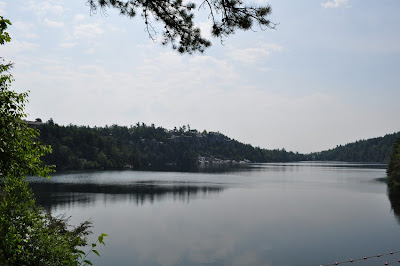 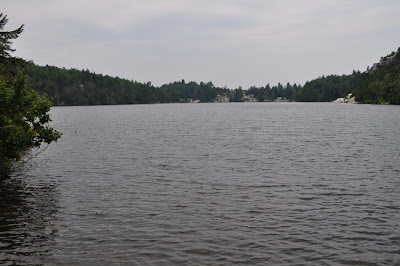 View of Sky Top in Mohonk in the haze,
along the Millbrook Mountain Trail
Looking north. 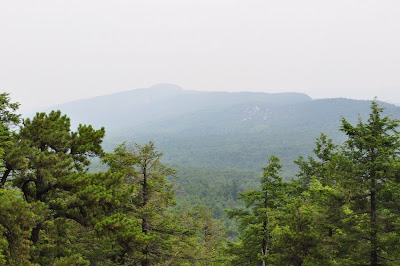 Shimmy and Yehuda,
at summit of Millbrook Mountain 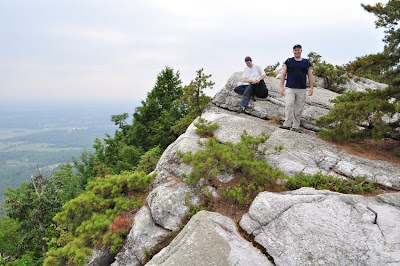 Me at the summit of Millbrook. 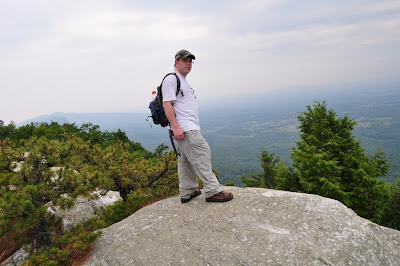 On top a cliff at Millbrook 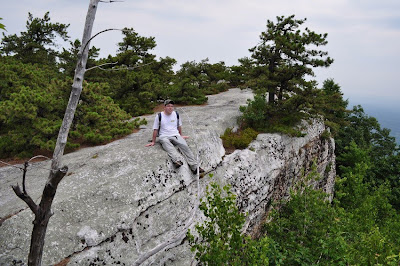 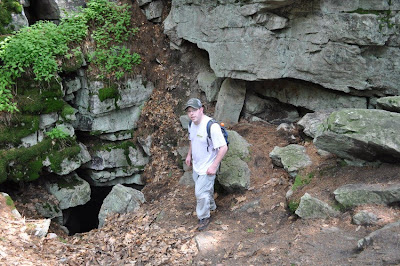 Shimmy and I picking blueberries 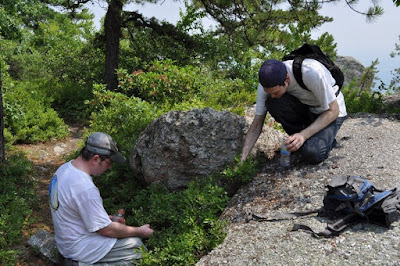 Shimmy on top of a crevice
at Gertrudes Nose point. 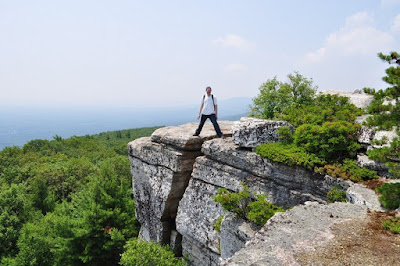 Me sitting atop cliff at Gertrude's Nose 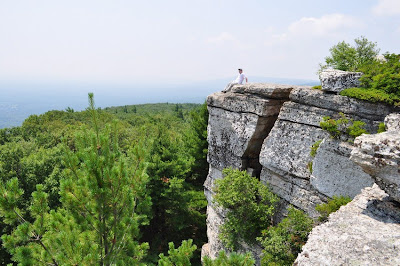 View from Gertrudes Nose facing across the
Palmaghatt Ravine towards Hamilton Pt.
and Castle Pt. 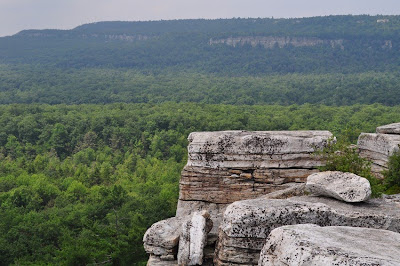 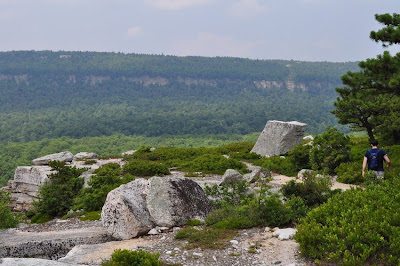 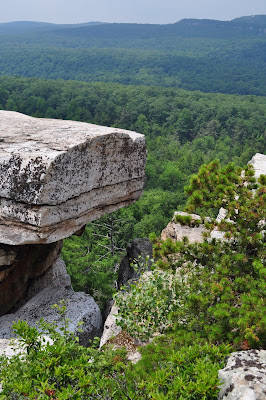 Rock formation near Gertude's Nose
with Yehuda in the distance 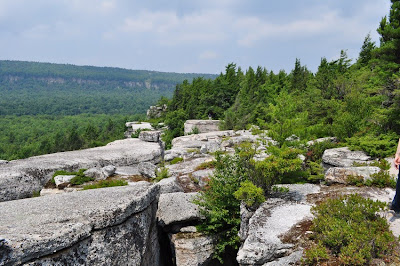 Cliff near Gertrude's Nose,
with Shimmy in the distance. 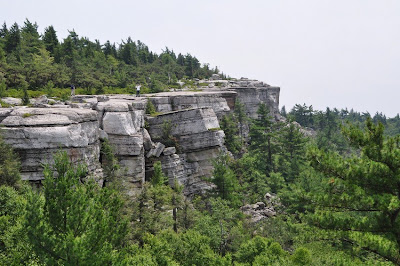 Shimmy on a rock stuck in a deep crevice 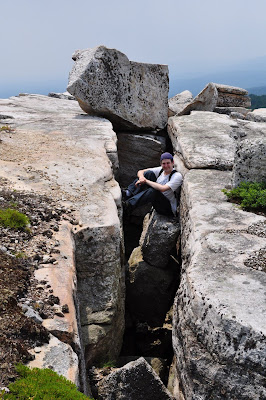 Shimmy at lookout at Patterson's Pellet. 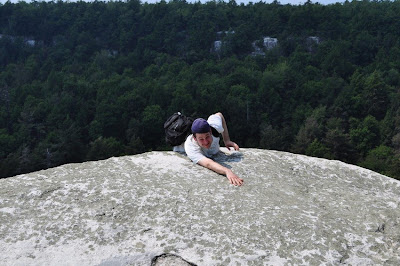