I had to do a really quick hike early in the morning since my brother-in-law was getting married later in the day, and I was warned that I had to be on time. So I had to do a short, quick hike close to home. I go to Kakiat on a regular basis, usually once a week, so I usually don't take any pictures. However, this time was different since I just got my new digital SLR Camera (Nikon D5000). So I had to take the camera on its inagural hike and post the pictures on the blog.

It was an extremely hot and muggy day, so it was good I started early in the morning. Parked at the Kakiat parking area, crossed the new bridge accross the Mahwah River, and took the mountain trail up to the summit. Continued on the newly extended mountain trail to the end where it hits the Kakiat Trail, and took this all the way down to the end. 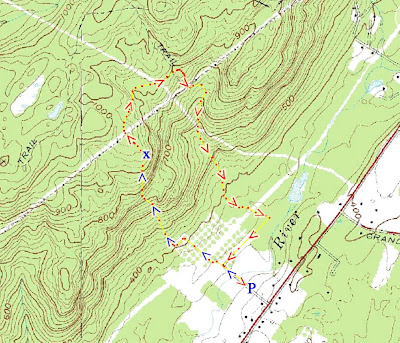 The new bridge at the beginning of the hike
crossing the Mahwah River.
This bridge was built in Summer 2009. 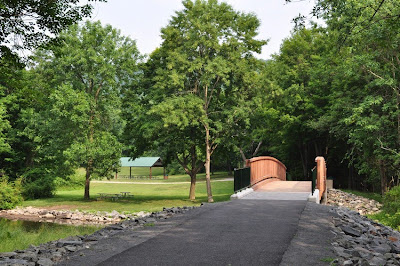 Trout Fisherman in the Mahwah River.
Taken from the above bridge. 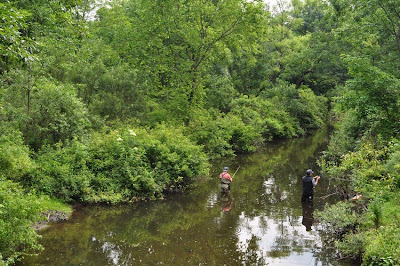 The Mountain Trail at the foot of the mountain,
where it is very wide. 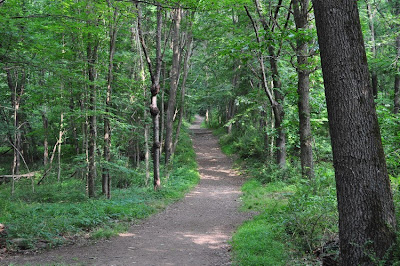 View near the top. Looking southeast.
In the distant center is the RCC fieldhouse. 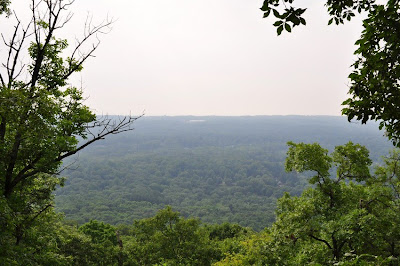 At the top of the escarpment. Facing south.
Note what a hazy day it was. 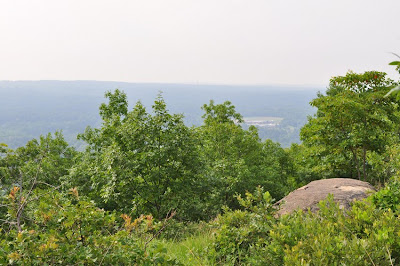 From the top looking north-northeast
toward the edge of Cobus Mountain. 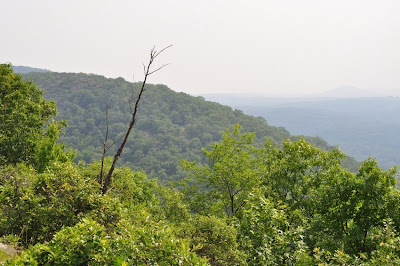