I was off for Labor Day so had a chance to do this short but sweet hike. I had already gone on a small hike up Kakiat in the morning with my wife, and then Mordy Neuman called me and asked me to join him for a hike in the afternoon. It was a beautiful day so I couldn't resist, but I needed to keep the whole thing from start to finish including the driving less than 2 hours. So I decided on Horse Stable Mountain which is very close by, and I hadn't been to in several years.

Chesky Rosenberg came to pick me up in his '86 Volkwagen Cabriolet convertible. This car should have been to chop shop years ago and its a miracle it was still running. We parked at the end of Wilder Rd where it hits Route 202, and walked down 202 south till we bushwacked down the hill to the Sherwood Path. We took the Sherwood Path past the Power Lines and up the mountain, and veered off to the left at the Power Line Trail, which further climbed the mountain and met up with the power lines.

Near the top of the Power Line Trail is a large rock, know as "Horse Stable Rock", which has some overgrown views down below into Rockland County. A little bit after that the Power Line Trail abruptly ends right before a deep notch in the mountain which the Power Line climbs over. There is a great view here. At this point we bushwacked up another 200 or so feet to the true summit of the mountain (which lacks a view), and went over and descended into the valley where the Sherwood Path is. Continued along the Sherwood Path back down the mountain and back to our car.

I apologize for the poor quality of the pictures. I didn't bring my camera along and we had to use Mordy's phone camera, which doesn't really do justice but is better than nothing. 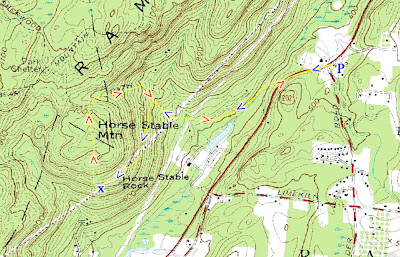 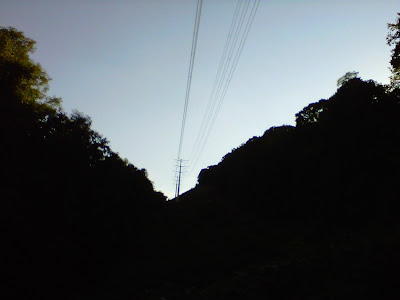 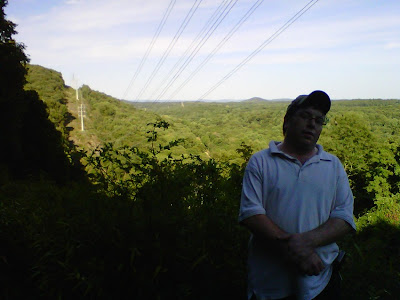 Me near Horse Stable Rock.
Looking northeast towards South Mountain. 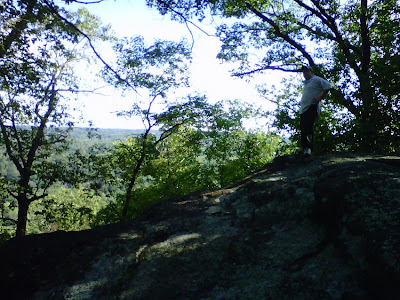 Me on top of Horse Stable Rock 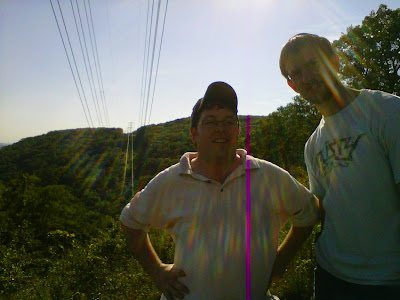 With Chesky under the Power Lines. 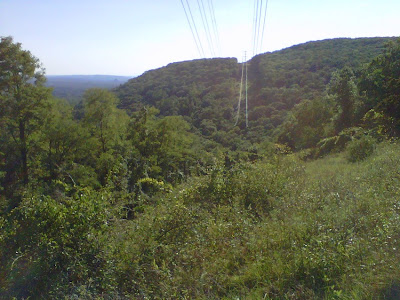 The end of the Power Line Trail,
where the power line dips into the deep valley.
Facing southwest towards Cobus Mountain. 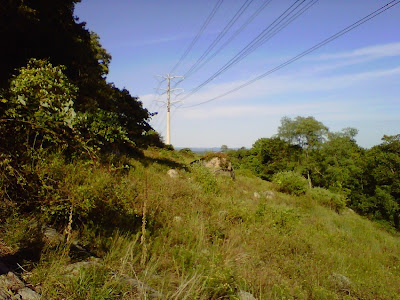 Looking northeast from the end of the Power Line Trail,
bushwacking up to the top of the mountain. 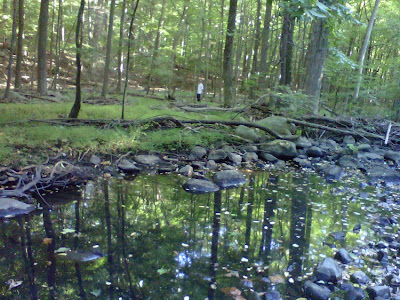 Crossing the Mahwah River near the end.