The fall foliage was almost completely over, though this was a very nice late autumn day. I had last done this trail around 2 years prior in the winter in the snow, but I had only done the route coming down the good scramble. I had always meant to return here when the weather was nice to climb up the scramble, and this was the oppurtunity.

We started at the Reeves Meadow Visitors Center off 7 Lakes Drive near Sloatsburg, and headed up the Reeves Brook Trail for a short duration. Where the trail turns and crosses the stream we continued straight along the unmarked trail which intersects the 7 Hills Trail. From there continued on the 7 Hills Trail along the pretty scenery and Mountain Laurels until the intersection of the HTS trail terminus. At that point we took the HTS and took it up the mountain to the really nice scramble ascending Ramapo Torne. This mountain has a very jagged top with a great climb and outstanding views in 3 directions. From the top summit view, we descended down on the 7 Hills, and then took this route back to the trailhead. 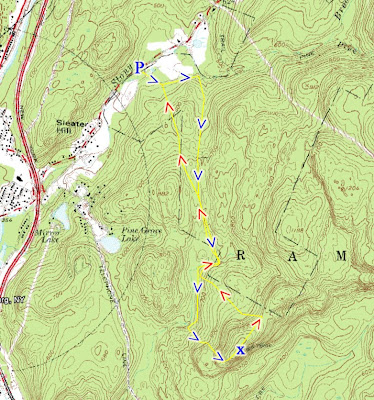 Map of the Route. 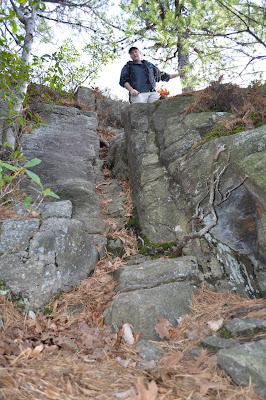 Yehuda at the beginning of the scramble on the HTS 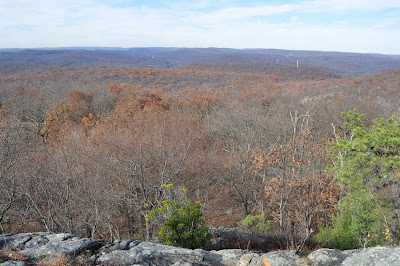 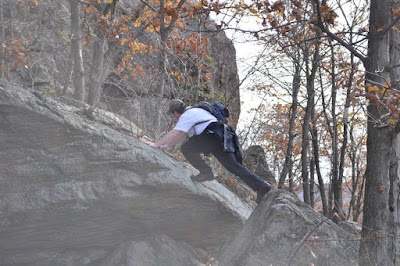 Me climbing the giant rock slabs below the summit. 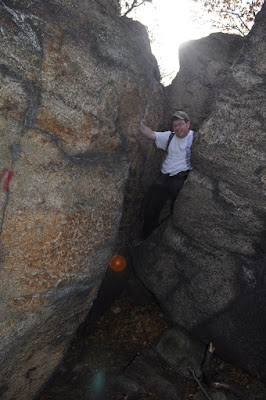 Me climbing through a crevice in the rock slabs. 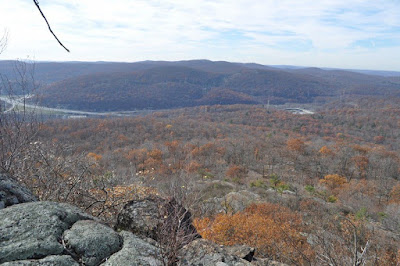 View from the summit. Facing west towards the Thruway. 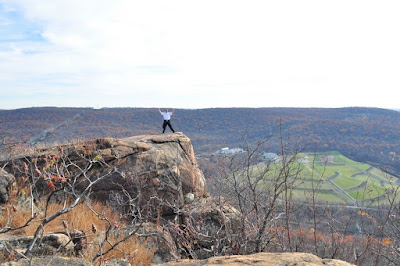 Me at the summit.
Facing northeast with the Torne Valley landfill below. 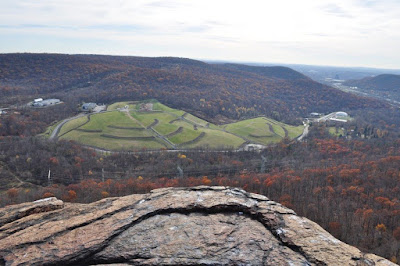 View of the landfill. Facing South from summit. 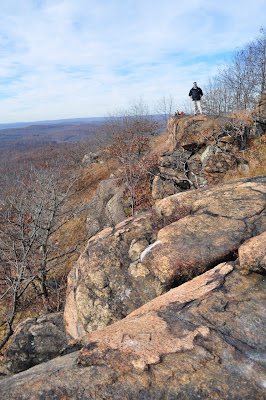 Yehuda at the summit 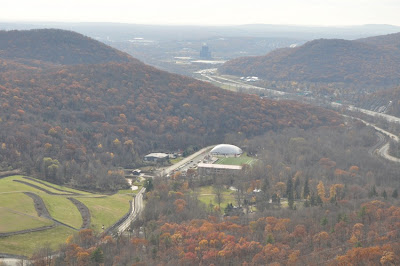 Facing south towards the Ramapo Valley
and Sheraton Crossroads 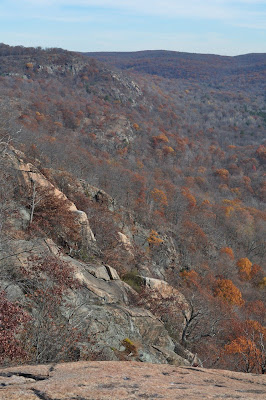