I had missed hiking on the previous day due because I wasn't feeling well, so had an opportunity to go on Monday which was a snow day so I grabbed. Because it was a work day I had to keep this hike much shorter then usual. But the foot of fresh snow and even deeper drifts made it quite arduous. The snow was coming down pretty heavy during the entire hike.

Started at trailhead off 7 Lakes Drive by Lake Skanatati, and climbed the Arden Surebridge Trail to the lookout at the summit. Then returned the same way. I fell several times on the scramble part as I couldn't see the footing in the deep drifts.

7 Lakes Drive near the trailhead 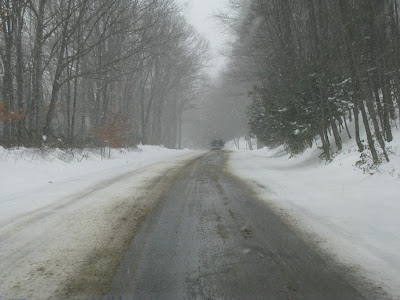 At the trailhead with Lake Skanatati behind me 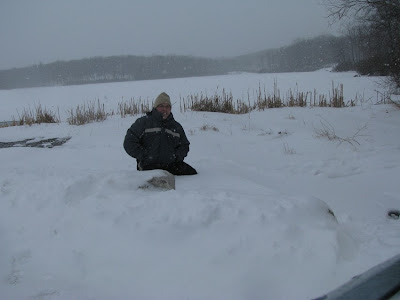 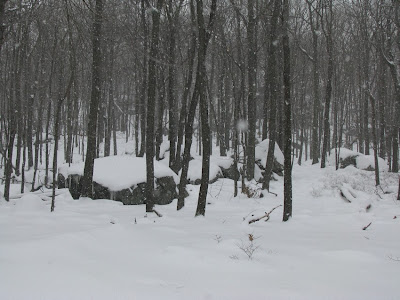 In a deep drift 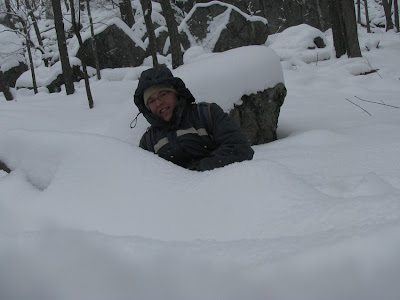 On the trail near the lookout 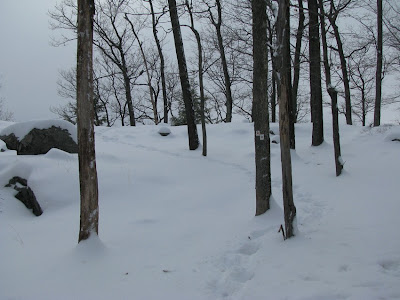 At the summit looking west.
Closer lake is Skanatati and further lake is Kanuwake 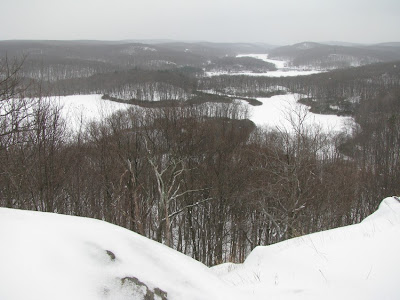 Looking northwest from the summit. 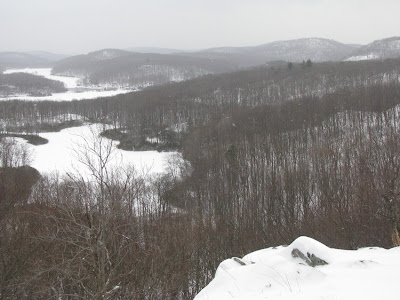 Me at the summit 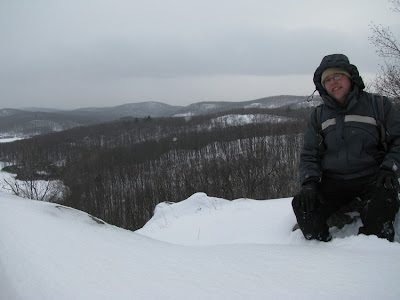