This was a HOT day - the hottest day of the year so far. It was over 90 and humid, which is unseasonal for the beginning of May. And this was a trail with a big climb and not too much tree cover. I started at the parking area at the 1777 W Trail on 7 Lakes Drive, and took the 1777 W Trail east for about 5 minutes until it connected with the AT. Took the AT up the mountain. A significant part of this trail shares a route with Perkins Memorial Drive, which receives car traffic, making it annoying. I was looking for ways to bushwack up the steep incline to avoid the road part, but was too hot so I just took the regular route along the road. I was delighted to see an old map after the hike which shows the original location of the Major Welch Trail avoiding the road and cutting straight up a steep incline - so my next trip there will be to find this old trail and use this route instead.

From the road hit the intersection with the Major Welch, and continued along this trail until this summit. This part of the Major Welch has excellent views and interesting rock formations, and is definitely more recommended over the parallel portion of the AT which is right next to it. From the summit stretched a little bit, shmoozed a bit with some people there, and then headed back down by way of the AT. Once I hit 7 Lakes Drive I went along the road back to the parking area. 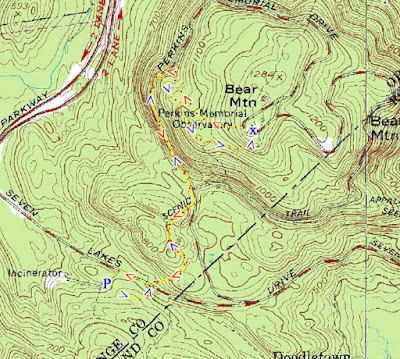 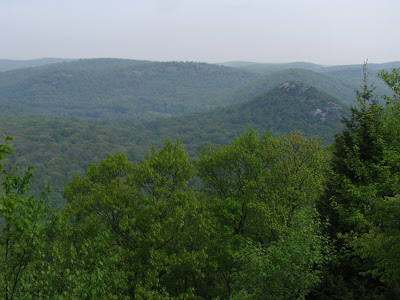 Looking southwest, towards the Palisades Pkwy
and 7 Lakes Drive exit, and Queensboro Lake.
View from Major Welch Trail near top. 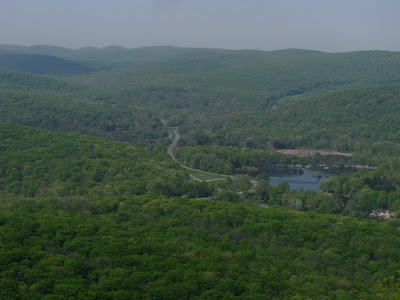 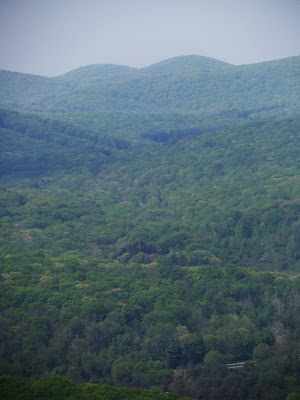 Looking south towards the summit of West Mountain
From the Major Welch Trail. 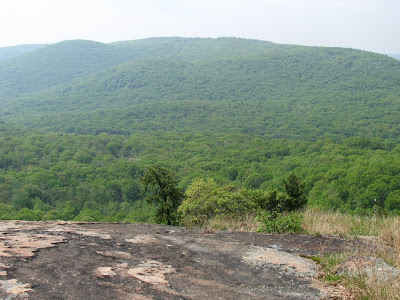 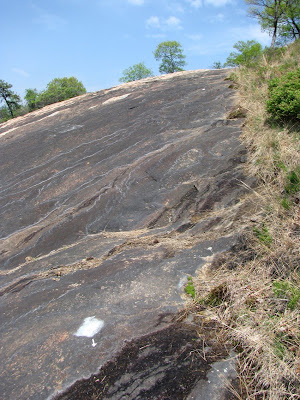 Me at the top lookout.
From where the Major Welch hits the top.
West Mountain is the next mountain over. 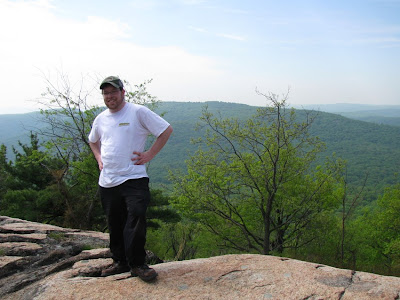 Me again at the top, facing west. 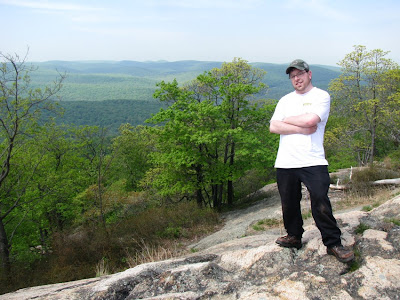