This was another beautiful late spring day with perfect weather. We started at the Reeves Brook
Visitors Center off 7 Lakes Drive near Sloatsburg. Took the Reeves Brook Trail all the way from beginning to end up the mountain along the Reeve's Brook, which the trail is named after. From there took the RBH east where it makes a very steep climb up the Pulpit, and where there is a good view. From the Pulpit continued along till the HTS Trail, where we went south towards the Russian Bear.

The Russian Bear is a sold cliff wall along the ridge, and the trail skirts around descending on the side of the cliff face. Continued along the HTS past where it meets the Seven Hills Trail, and then veered off continuing with the Seven Hills. From there took a connector path back to the Reeves Brook and back to the trailhead. 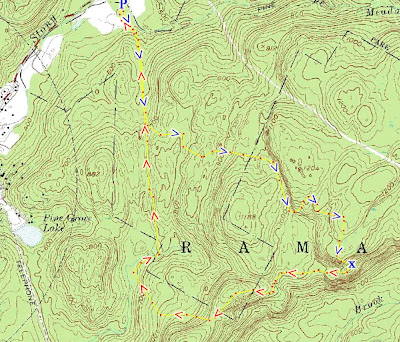 Me ascending the cliff by the Pulpit 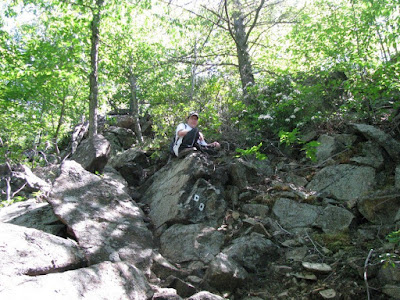 Yehuda at the Pulpit 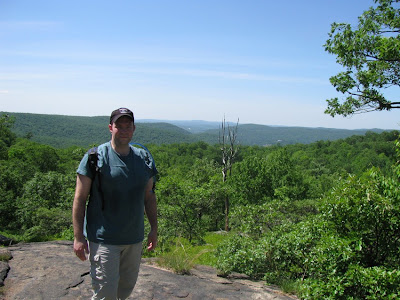 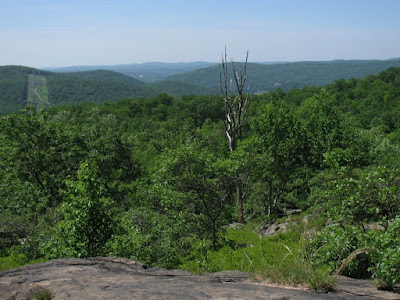 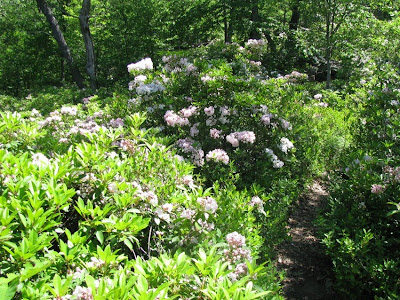 Manhattan skyline in the distance (zoomed)
From the viewpoint above the Russian Bear.
Facing south-southeast. 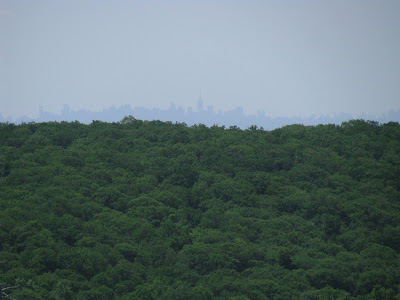 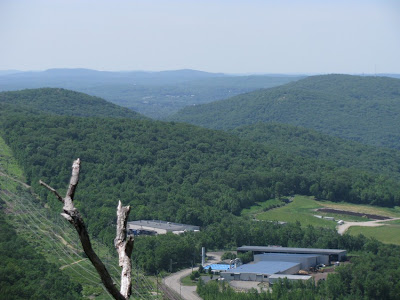 The Russian Bear cliff face from below
on the HTS Trail. 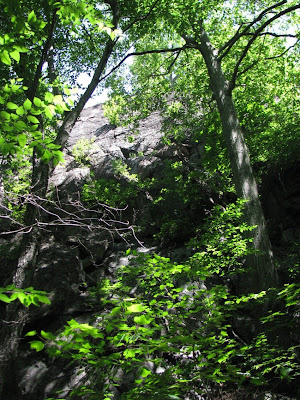