This is one of the best hikes in the area! West Mountain has some of the best views in the region, with continuous vistas and summits. This made up for the previous week's lousy hike. The weather was also perfect, although a tad on the hot side. We started at Anthony Wayne area. We wanted to park at the southern extension of Anthony Wayne, but this area has been closed off to cars for a while now. I wonder if they will ever re-open it. We went along the service roads in the woods, and then cut accross to Beechy Bottom Road, and then headed along Beechy Bottom Road until the AT. From the AT headed east up to West Mountain. This part is a solid climb. The intersection of the AT with the TT Trail has a fantastic lookout near the summit which affords an outstanding view.

From the lookout, headed east along the TT, and ascended the true summit of West Mountain, which is a few hundred feet due east from the lookout. Continued along past the Shelter, where we met a bunch of overnighters packing their tents, and where there is an excellent view of the Timp which looms ahead. Continued down the mountain to the Timp Pass, and then took the Timp Pass south for just a little bit to the intersection of the R-D. Took the R-D back west, climbing along the southern edge of West Mountain, with continuous views along the climb. Once at the top took the R-D back down past the Cat's Elbow cliff, and then continued down the mountain until the Bike Path by Anthony Wayne. From there went back to the car. 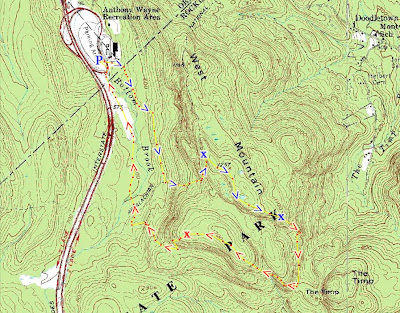 From the West Mountain lookout.
Looking southwest to Black Mountain. 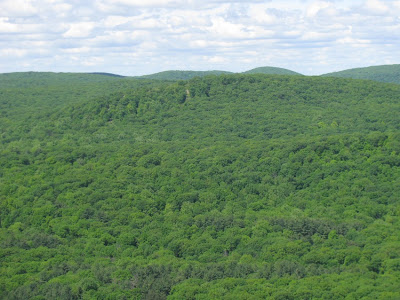 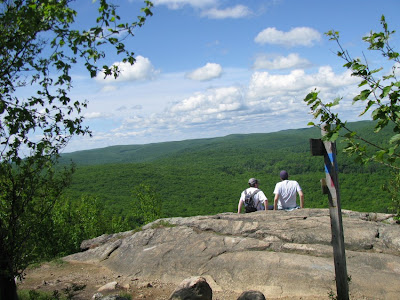 Same view but our better side. 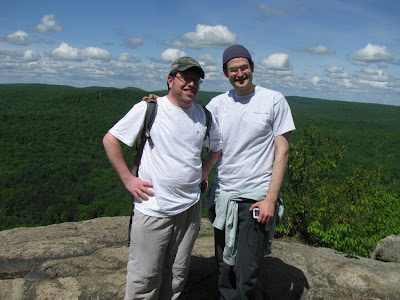 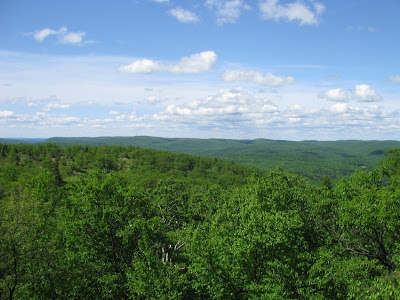 People camping at the shelter.
Hudson River is in background.
From T-T Trail facing southeast. 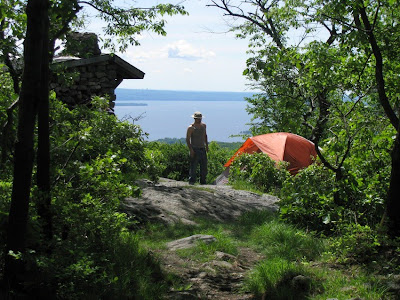 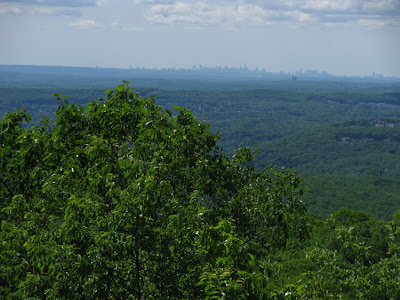 The Timp!
Facing east with Hudson and Hi-Tor in background.
Note the sheer cliff wall. 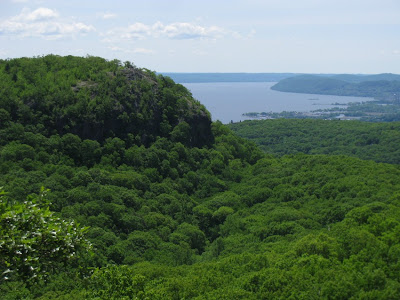 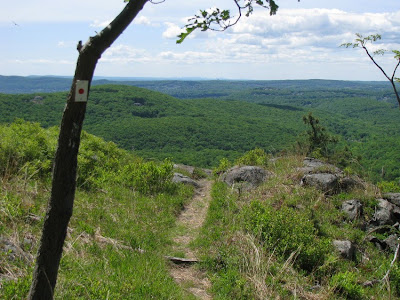 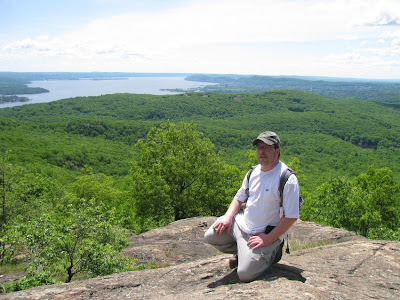 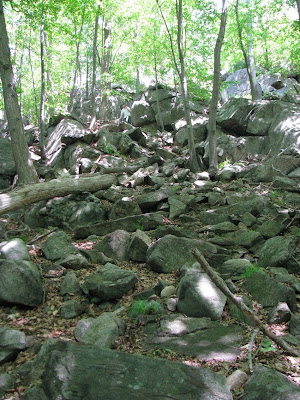