I was taking a walk in the woods near the Old Mill Trail (blue) in Kakiat Park, past the Old Mill,
and I saw an amazing sight. A Timber Rattlesnake was eating an entire full-sized squirrel! It was
just starting when I saw it, and I didn't have my camera with me at the time so tried snapping shots
with my phone camera. The photos aren't that great, but you can still get the idea. The squirrel
wasn't all that much bigger then the snake that was devouring it, which was amazing.


By the time I got my phone camera,
the squirrel was already halfway in. 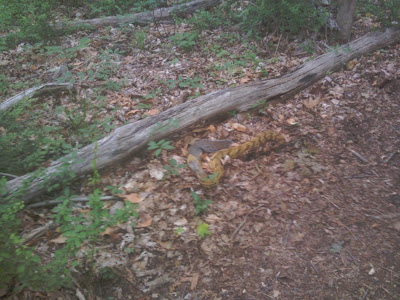 A closer shot, with more of the squirrel devoured. 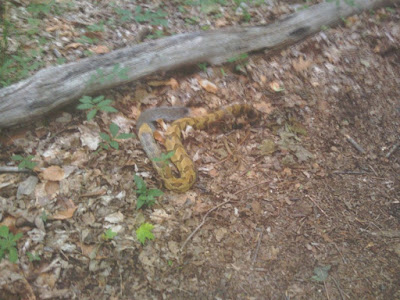 He's almost done. Just the tail is sticking out. 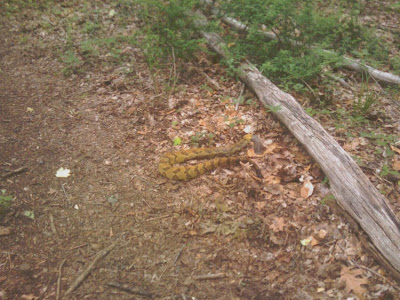