This was our first fall hike. It was really the very beginning of the foliage colors, and almost all the trees were still green. Nevertheless there were still some good colors to be found. We parked on Lake Kanawauke Road (County 106) after the Little Long Pond, at the R-D trail parking area. Climbed up Tom Jones Mountain, which is a very short but steep hike up the mountain, with a nice view on top. The Catskill Mountains are visible from the summit to the far north. Continued down the R-D, where it intersected with the Victory Trail. Headed south on the Victory, and took the unblazed shortcut bypass road, and then continued along the trail to Lake Skenonto. Lake Skenonto is a very pretty and isolated like in Harriman with no public roads leading to it. 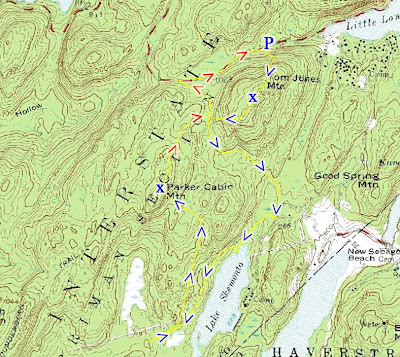 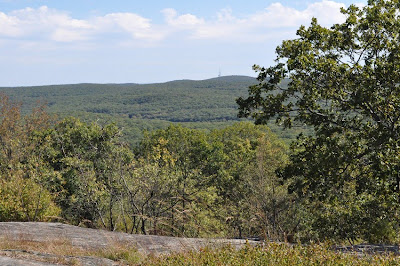 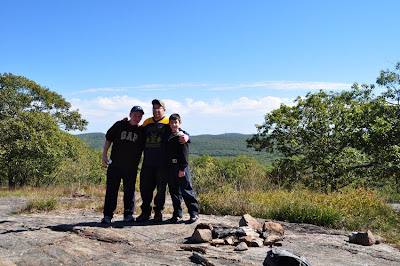 At the summit with Eli Koegel and Yisroel Gewirtzman 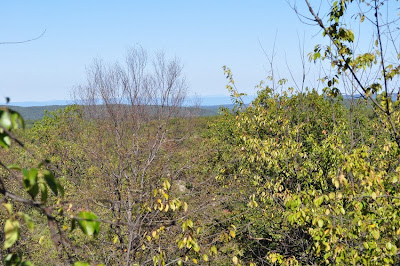 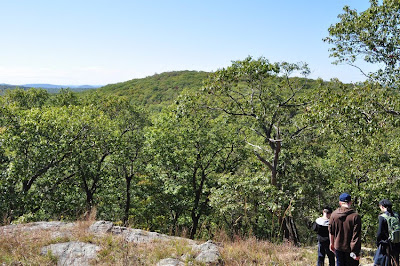 Descending the deep valley between Tom Jones
and Parker Cabin 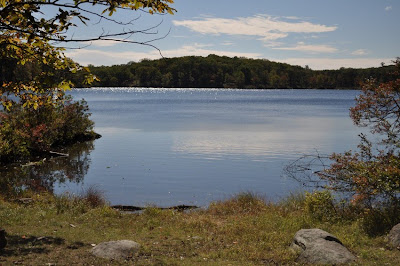 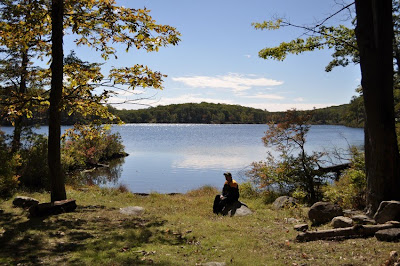 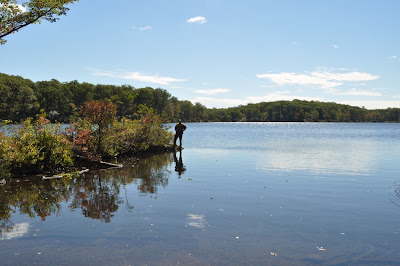 Me on the Peninsula in Lake Skenonto 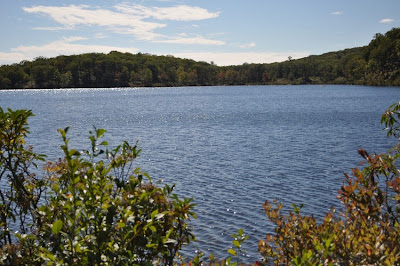 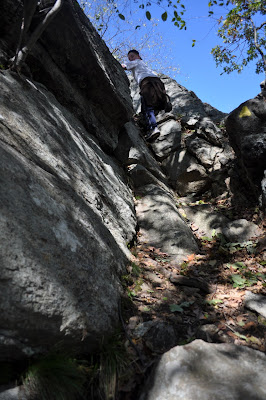 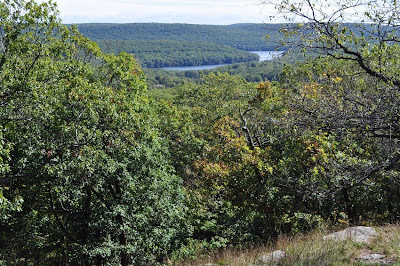