Hike up West Mountain on the Appalachian Trail on a nice, but cold, winter day. Started on hiker's trailhead off 7 Lakes Drive near Perkins Drive, and went west on 1777 W Trail to the Appalachian Trail. Took the Appalachian up West Mountain, to the junction of the Timp Torne trail, with some awesome views along the steep ridge. Then took Timp Torne trail north down the mountain, and towards the bottom bushwacked towards a strange quarry. I have seen this "quarry" from afar previously, but didn't know exactly know what it is so I decided to explore. After visual following towards the quarry, I climbed up a steep, almost perpendicular cliff of dumped rock tailings at the quarry edge. I explored the area and still have no idea what this area is. There are huge, freshly crushed boulders in middle of nowhere, and the area is quite large. I snooped around and found a few rough Chondrodite crystals. Then headed on the service road that leads to the quarry back to the trailhead.

The Appalachian Trail before the ascent 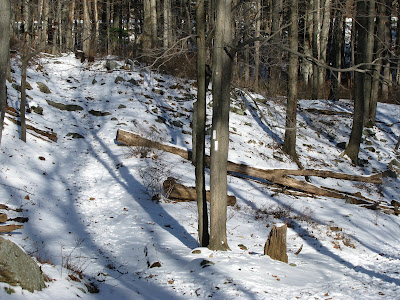 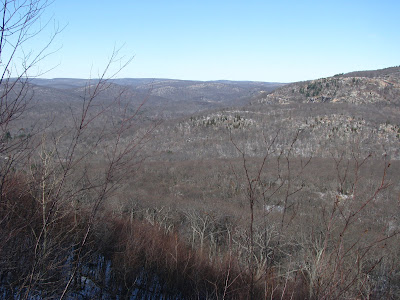 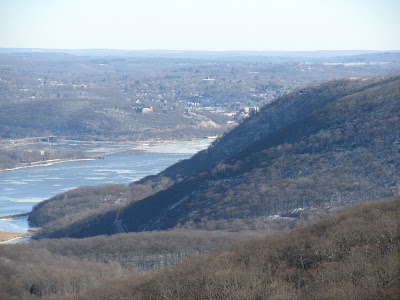 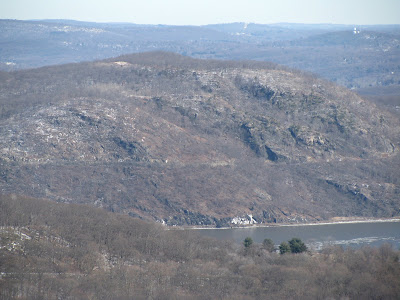 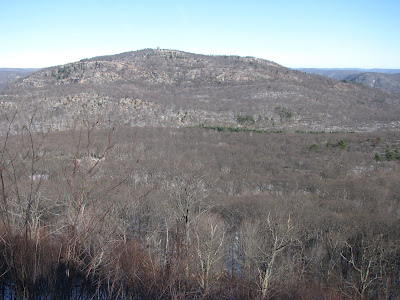 Fresh Tailings at "The Quarry" 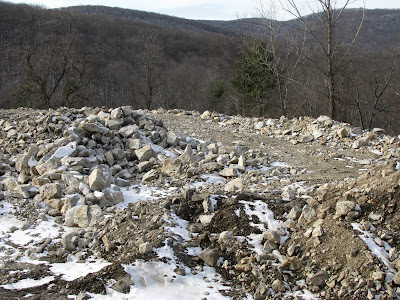