I took the afternoon off from work to do this hike. This was a real hot and muggy day, during the hottest week of the summer. We started at the Bear Mountain parking lot, and walked toward Hessian Lake and picked up the Major Welch Trail going along the west side of the lake as a paved path. Then we continued along the Major Welch trail and ascended the mountain. The main ascent is a strenuous climb on top of steep rock faces and has some good scrambling points. I rarely take this trail up - I usually climb up the Appalachian Trail and take the Major Welch down. But Yehuda wanted to go up the Major Welch this time. We were sweating profusely due to the heat and terrible humidity.

About 3/4 the way up there is a phenomenal viewpoint where the entire north is clearly visible, and the Bear Mountain Bridge stands below crossing the Hudson. This is a very famous view and is a photo highlight of Bear Mountain. We continued up the summit, passed along the Perkins Tower, and then headed back down via the Appalachian Trail.

Just a note of history here: The Appalachian Trail, which is no doubt the most famous hiking trail in the world, had its first portion created over Bear Mountain. And at the foot of Bear Mountain the trail reaches its lowest point along its 2,178 mile-long route.

There was a sign near the top (where the trail leaves the Perkins Drive extension at the dead end) stating that the trail will be re-routed due to erosion. The way down has recently become extremely eroded due to the exceeding high volume of hikers that climb up this trail. I take this trail often and the erosion has just been terrible lately, so I am glad they are doing something about it.

Continued down the mountain and then met my wife for a barbecue at the Picnic area at the bottom. There is also a vintage car show every Wednesday night in late August which we enjoyed after the barbecue. 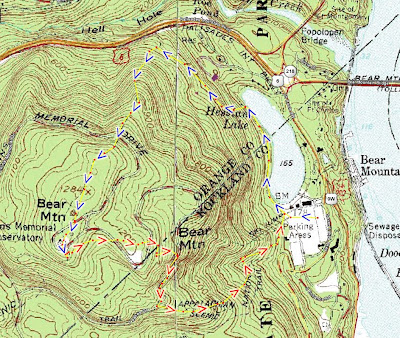 Map of the Route.

NOTE: My camera was sent in for repairs. The photo quality is poor as the photos were taken with my phone camera. 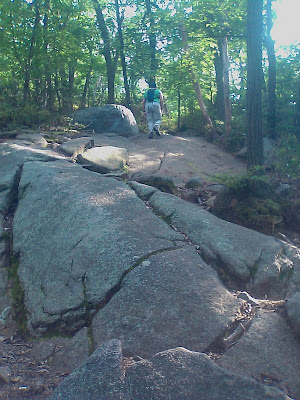 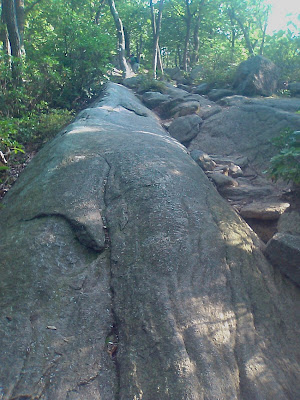 Rock Climb on Major Welch.
You can see Yehuda on the top. 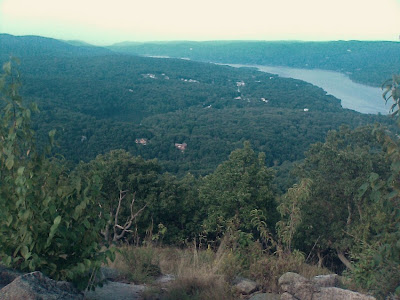 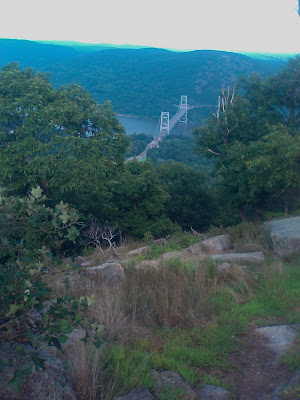 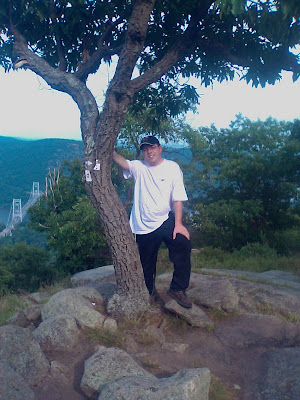 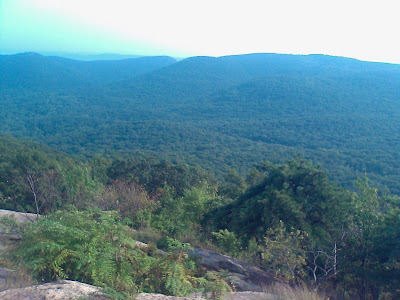 From Bear Mountain Summit.
Facing south towards West Mountain
and The Timp. 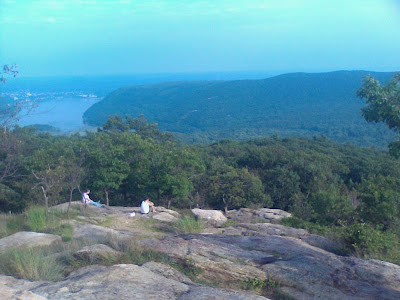 View of Dunderberg Mountain,
the Hudson, and Peekstill from summit.
Facing Southeast. 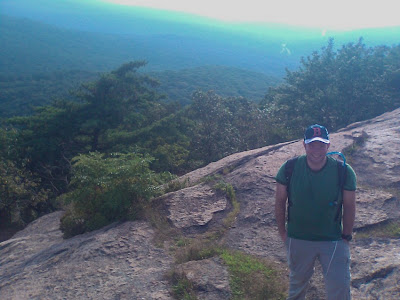 Yehuda at the summit. Facing southwest.