This was one of the hottest days of the summer - I think it was in the 90's. It wasn't the best choice of trails due to the lack of tree cover on the vast treeless summit and the strong sun and high temperatures. All of us had forgotten to bring sunblock, which was really essential on a hike like this. The main part of the trail on Surebridge Mountain involves an extensive area where many years back had been the scene of a massive forest fire where hundreds of acres had burned. The treeless area is full of rocky outcrops and high brush, and occasional short trees and some large dead ones along the edges. Many charred tree remains can also be seen. We all brought lots of liquids which was important for the weather and terrain.

We parked at the Lake Skanatati parking area and hiked up the Arden Surebridge (A-SB) Trail to the summit and view atop Pine Swamp Mountain. From there continued along the trail past the Pine Swamp and past some mine openings of the Pine Swampe Mine. Continued past the Dunning Trail intersection to "Times Square". (Times Square is a confusing intersection of 3 trails and a Woods Road). Continued on the A-SB (which at this point is also combined with the Long Path) until the Lichen Trail.

The Lichen Trail is short trail that goes along the treeless summit of Surebridge Mountain, and has very picturesque outcrops as well as excellent views of the west. Went along to the end of the Lichen Trail and went east on the Ramapo Dunderberg (R-D) Trail past "Ship Rock" and down back to "Time Square".

From Times Square we continued south on the Long Path past the Hogencamp Mine and up and down several hills, eventually going near the edge of Lake Skanatati and back to the parking area. 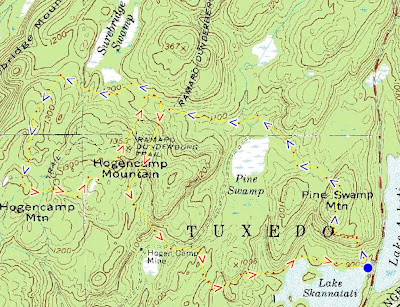 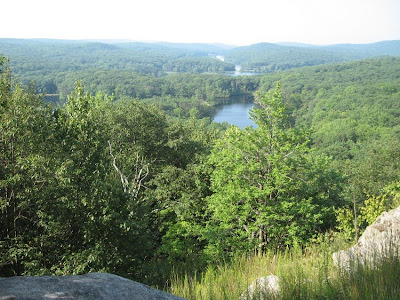 Lake Skannatati and Lake Kanawauke from
the view on Pine Swamp Mnt. 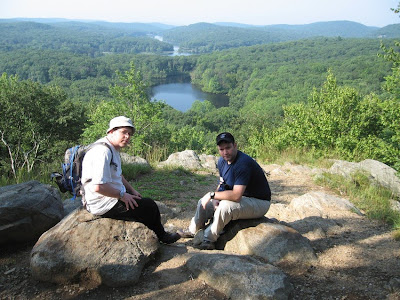 Me and Yehuda atop Pine Swamp Mnt. 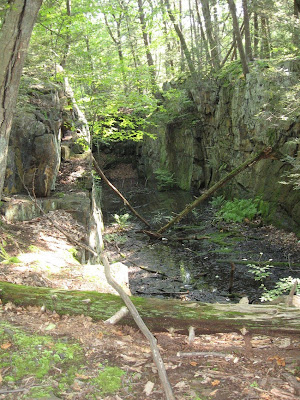 One of the Pine Swamp Mine cuts. 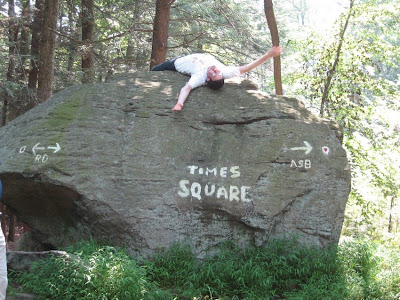 Shimmy atop the "Times Square Rock" 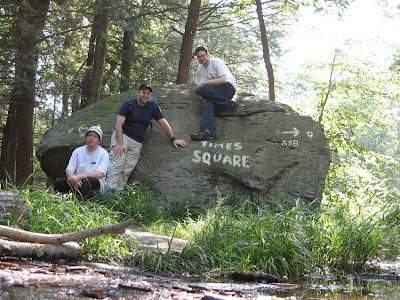 All of us at Times Square 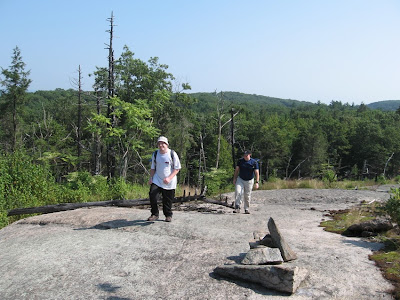 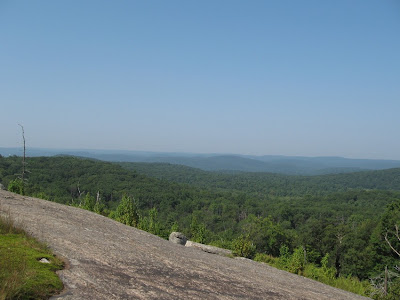 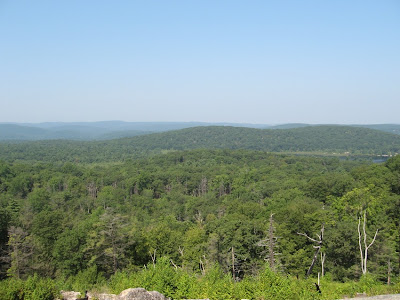 Western view from Lichen Trail
with Island Pond in the right of picture. 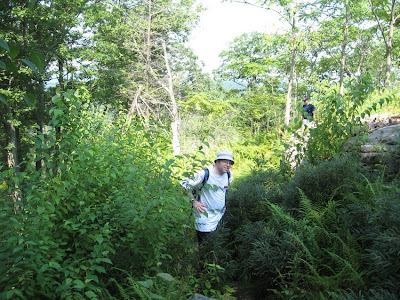 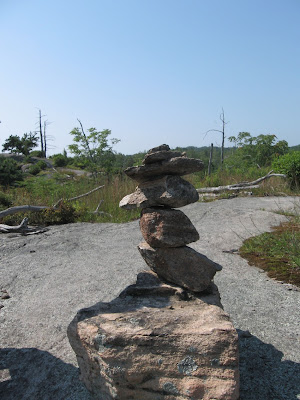 Cairn near end of Lichen Trail. 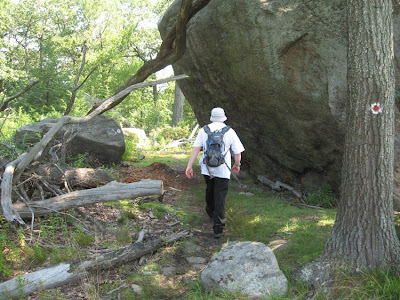 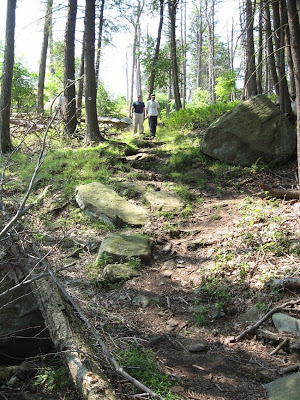 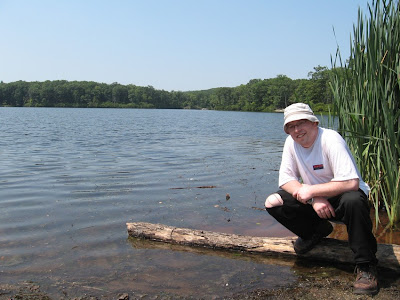